Pinhole Down: The View Down Here Isn't That Bad 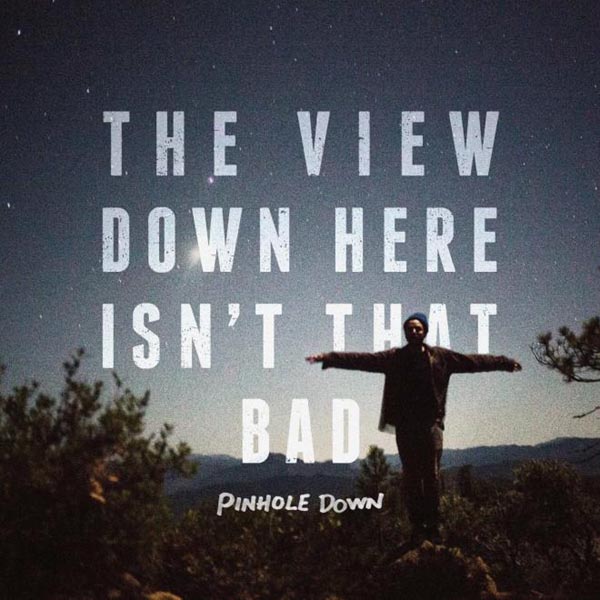 Pinhole Down is a 5-piece punk rock rollercoaster based in Jacksonville, formed in 2012. Incepted at local warehouse parties, the idea grew from playing old-school skate-punk, mixed with modern day shreddage. They wrote a handful of songs, and off they were: straight on a US tour with Californian legends Guttermouth.

Unfortunately, not so long after that, their lead guitar player moved away and drummer moved on to different projects, which left the band on temporary hold, but passion and great tunes can't s ay buried forever. After lying dormant for a few years, Garret Wadford (guitar / song writer) & Matt Still (vocals) had a chat about getting the band back together in November 2015 after Garrett hinted to Matt that Daryl Phenneger (Sound Engineer at The Freq Zone (Guttermouth, Red Jumpsuit Apparatus, Evergreen Terrace) was interested in joining the band and recording a proper album, and step onto the throttle. After working and playing with drummer Justin VanWestbroek (Guttermouth), and demoing the songs, he decided to join the band. With the addition of Daryl Phenneger on bass, and Will Frazier (bassist for Jacksonville based punk band Whole Wheat Bread) now on guitar, the first steps towards their journey that built their new foundation.

Quickly signed, sea led and delivered by Bird Attack Records, the skate punk label that Garrett started in 2012, their new 14-song debut record is set to hit the streets. »The View Down Here Isn't That Bad« reflects a mature state of mind, fueled by youthful enthusiasm. A perfect blend between the early sounds of Strung Out, and the melodic punk-rock reminiscent of Face To Face and Lagwagon. From start to finish, the record is filled with up-tempo ragers that will make your head bang, like An them, Feeble Mind & Fwasted. And true to form, these knockout tracks are balanced with emotional and heartfelt guitar playing, which can be heard in tracks like Anything, Stand And Fight and closer Beggars Heart. Guided by the incredible vocal chords of singer Matt Still, the lyrical content is self-reflective, conscious of the world and it's surroundings, and really takes a plunge into the thoughts & mind of Matt. In combination with the fast, tight and on point drums, shredding bass, and great sense of songwriting, these guys have got what it takes to destroy stages all over the globe.

»The View Down Here Isn't That Bad« is a real accomplishment that is sure to fully stoke out the punk-rock scene, with some of that explosive skate-punk gasoline to add to the fire.