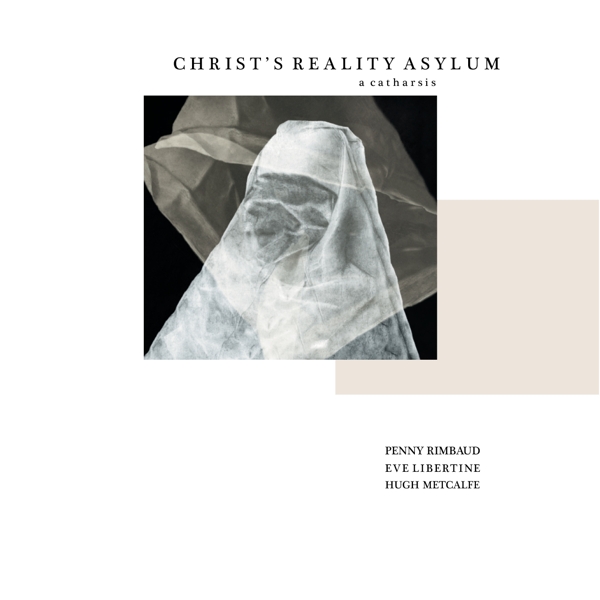 Written and published as a journal of dissent in 1977 by Penny Rimbaud before the formation of anarchist tricksters Crass, 'Christ's Reality Asylum' became the template for much of the socio-political attitudes of the band. Crass' first album, 'The Feeding of the Five Thousand', included a short section of the journal, going under the title of 'Reality Asylum', which led to immediate interest from the authorities. Charges of 'criminal blasphemy' were eventually dropped, but from that time on Crass were under constant surveillance by the police and MI5 (the New York mafia didn't like it either!).

In short, 'Christ's Reality Asylum' is Crass in a very large nutshell. The decision to release the album was made to celebrate Crass' change of label from Southern Records to One Little Indian. Having in 2019 lovingly remastered their entire catalogue at Abbey Road Studios, it seemed only natural that they should release 'Christ's Reality Asylum' as the cherry to top the cake. Radical in the extreme, the release is also a celebration of creative freedom. Meanwhile, MI5 wipes its nose and squints into obscurity and the boys in blue link arms in the hope that they might stop the ever-sing flood of righteous protest. The genesis of 'Christ's Reality Asylum' is a story in itself - script written by Penny Rimbaud in Spring 1977, later to be used in part as 'Reality Asylum' performed by Eve Libertine as the first track of Crass' first album 'The Feeding of the Five Thousand', released in 1978. Initial recording of Penny Rimbaud's reading by A-Soma at Red Herring Studios, Autumn 1991.

Mastered at Southern Studios by A-Soma and Paul Harding in Winter 1991. Solo voice recording released in cassette form on Crass Records, Summer 1992. Hugh Metcalfe's backing voice and noise recorded by Tony Barber at The Shedio Studio in Summer 2012. Eve Libertine's backing vocals recorded by Harvey Birrell at Old Street Studios in Autumn 2019. Final mix and mastering by Harvey Birrell at Old Street Studios in Autumn 2019. Cut at Abbey Road Studios by Alex Gordon in Winter 2019 - FORTY-TWO YEARS IN THE MAKING! Further to the above, it might be of interest that the now legendary Crass logo was designed by Dave King (sadly, recently deceased) not as a logo for the band, but as a frontispiece for 'Christ's Reality Asylum' published in 1977 in its journal form.

It became the band's logo more by mistake than by design when Gee Vaucher incorporated it into her stunning broadsheet publication, 'International Anthem', from which it became assumed to be a Crass logo. Appropriately, the release coincides with the end of politics as we have known it. A clown in the White House, a joker in Number Ten, but no one is laughing. EXIT STAGE RIGHT.