Filmmusik: Night Of The Living Dead 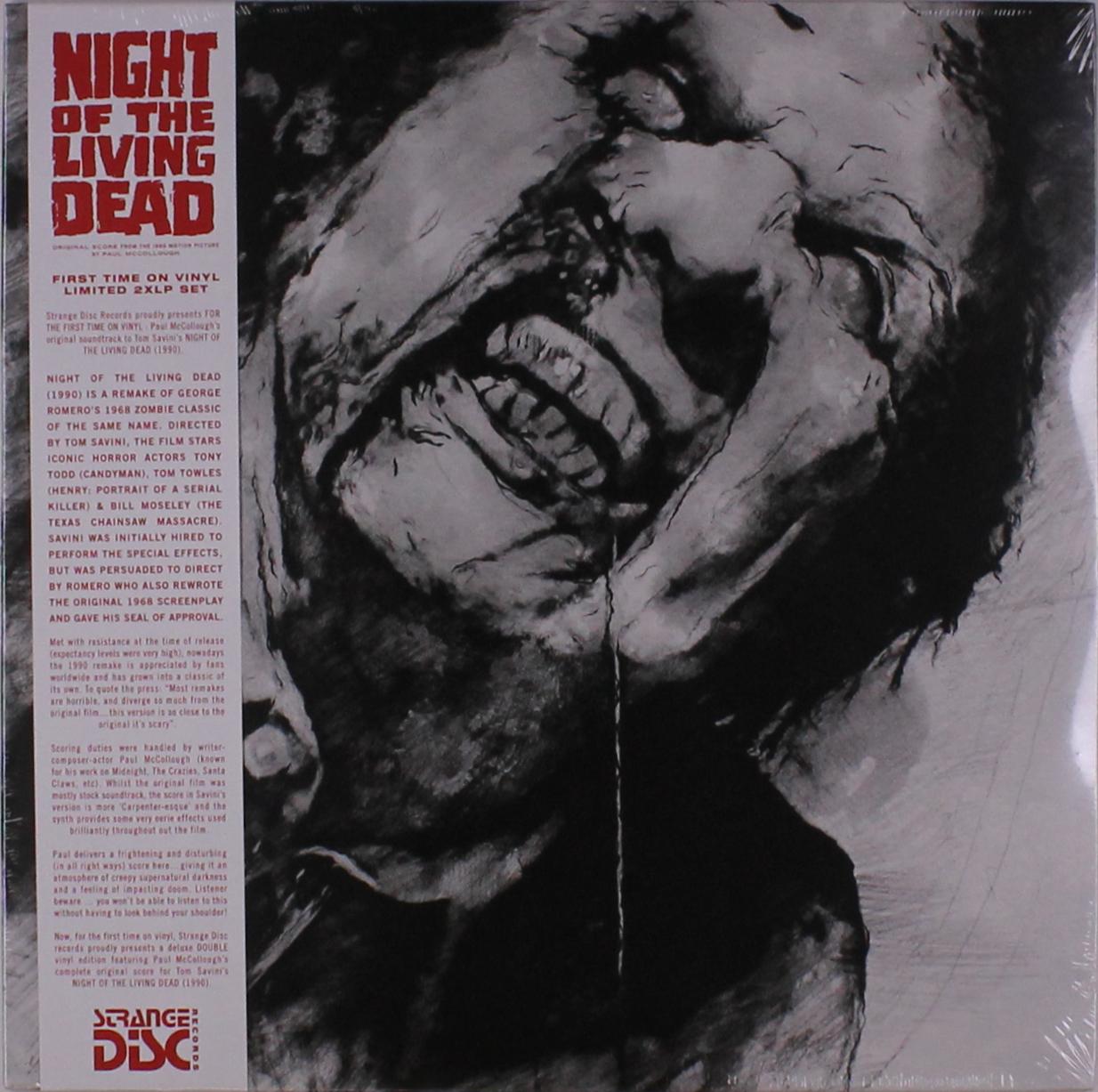 Strange Disc Records proudly presents: Paul McCollough's original soundtrack to Tom Savini's Night Of The Living Dead (1990). Night Of The Living Dead (1990) is a remake of George Romero's 1968 zombie classic of the same name. Directed by Tom Savini, the film stars iconic horror actors Tony Todd (Candyman), Tom Towles (Henry: Portrait of a Serial Killer) & Bill Moseley ( The Texas Chainsaw Massacre). Savini was initially hired to perform the special effects, but was persuaded to direct by Romero who also rewrote the original 1968 screenplay and gave his seal of approval. Met with resistance at the time of release (expectancy levels were very high), nowadays the 1990 remake is appreciated by fans worldwide and has grown into a classic of its own.

To quote the press: »Most remakes are horrible, and diverge so much from the original film – this version is so close to the original it's scary«. Scoring duties were handled by write-composer-actor Paul McCollough (known for his work on Midnight, The Crazies, Santa Claws, etc). Whilst the original film was mostly stock soundtrack, the score in Savini's version is more »Carpenter-esque« and the synth provides some very eerie effects used brilliantly throughout out the film. Paul delivers a frightening and disturbing (in all right ways) score here – giving it an atmosphere of creepy supernatural darkness and a feeling of impacting doom. Listener beware – you won't be able to listen to this without having to look behind your shoulder!