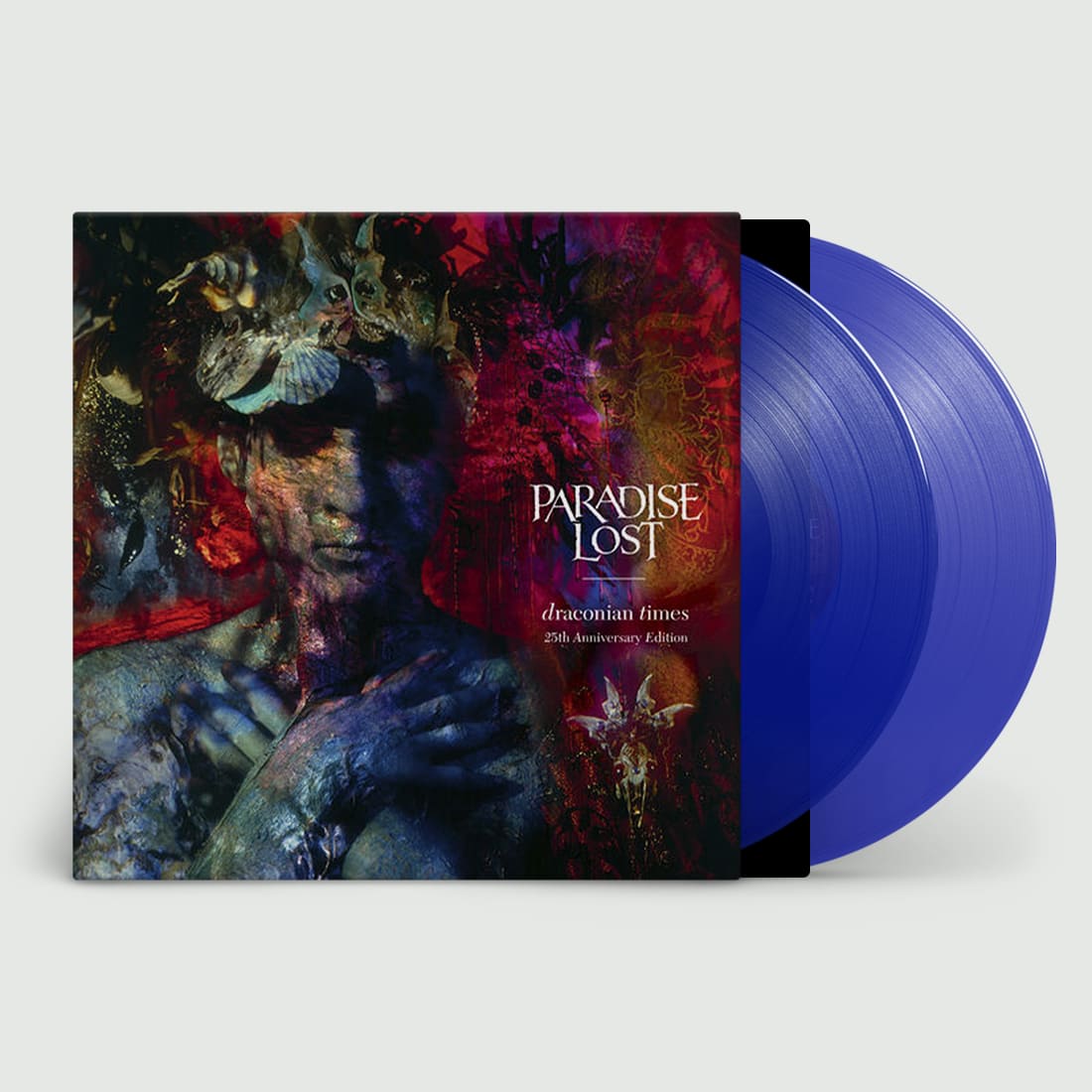 The 25th-anniversary reissue of Paradise Lost‘s fifth studio album, »Draconian Times«, will be released via Music For Nations. It will be lovingly pressed onto heavyweight audiophile approved vinyl, housed in a gatefold artwork sleeve, and presented on select and limited vinyl variants.
The special 25th anniversary edition also sees the vaults opened to provide a deluxe CD version that comes with a definitive disc of bonus, rare and unreleased material from the »Draconian Times« era.

Furnished with new liner notes, delving deep dive into the album’s lyrical themes and exclusive memories from Paradise Lost, this is a must for fans and completists alike.