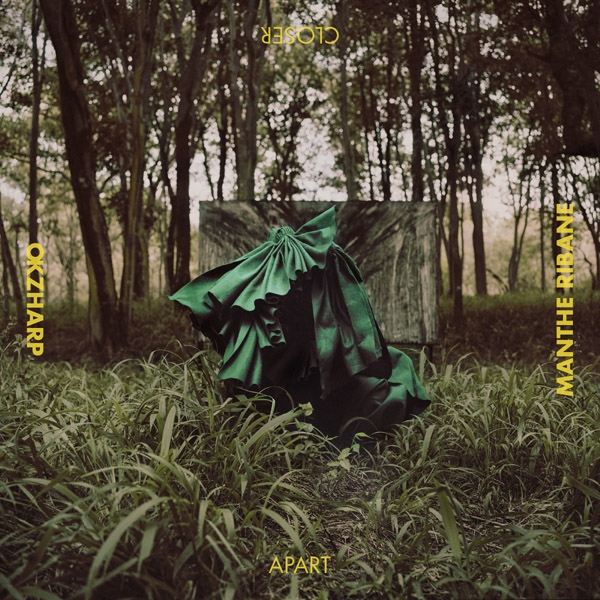 Producer Okzharp and vocalist-artist-dancer Manthe Ribane both hail from South Africa, where Manthe still resides, while Okzharp lives in the London where he is a DJ and producer, initially cutting his teeth in LV, who in 2007 were one of the very first acts signed to Hyperdub.
Manthe has been at the forefront of South Africa's cutting edge fashion, art and dance worlds for over a decade. After leaving LV, Okzharp and Manthe started collaborating, going on to release two well-received EPs on Hyperdub, `Dumella 113' and `Tell Your Vision', recorded in Joburg and London respectively. The recording of `Closer Apart' reflects the title.

Okzharp says 'Most of the music came out of headphone moments in hotel rooms, planes and airports in the brief periods of time that we spent together.' Describing Manthe as a co -producer, he continues `She selected instrumental sketches and we developed them together, sometimes just keeping the bare bones or a melody or rhythm, or trying different elements or sounds.' Even though the album was built long distance, the short periods they spent together were the ground zero for creativity. Okzharp recalls 'One particular moment in Milan last year, we had a whole free day before our flight so we visited the Salone di Mobile design show. We were so inspired by an installation there just walking around, listening to the amazing soundtrack. That evening our flight was delayed, so we sat on the floor of the airport terminal putting musical ideas down for 'Time Machine' on the laptop speakers and writing the lyrics. "Tic Toc time, we'll be fine / Airport queues, cerulean blues / Viper trails cross the skies / Lights reflect in your eyes..." `Closer Apart' has a softness and openness that contrasts the tougher sound of the EPs. Manthe explains, 'The new music is a 360 turn, an expression of my "Lady" side. I grew up listening to Jazz, Classic and Gospel, I am a very soft spoken person, and it resonates with being confident with that. It's been crazy finding balance and finding a smart way to strengthen my weaknesses, I had to trust the process.'