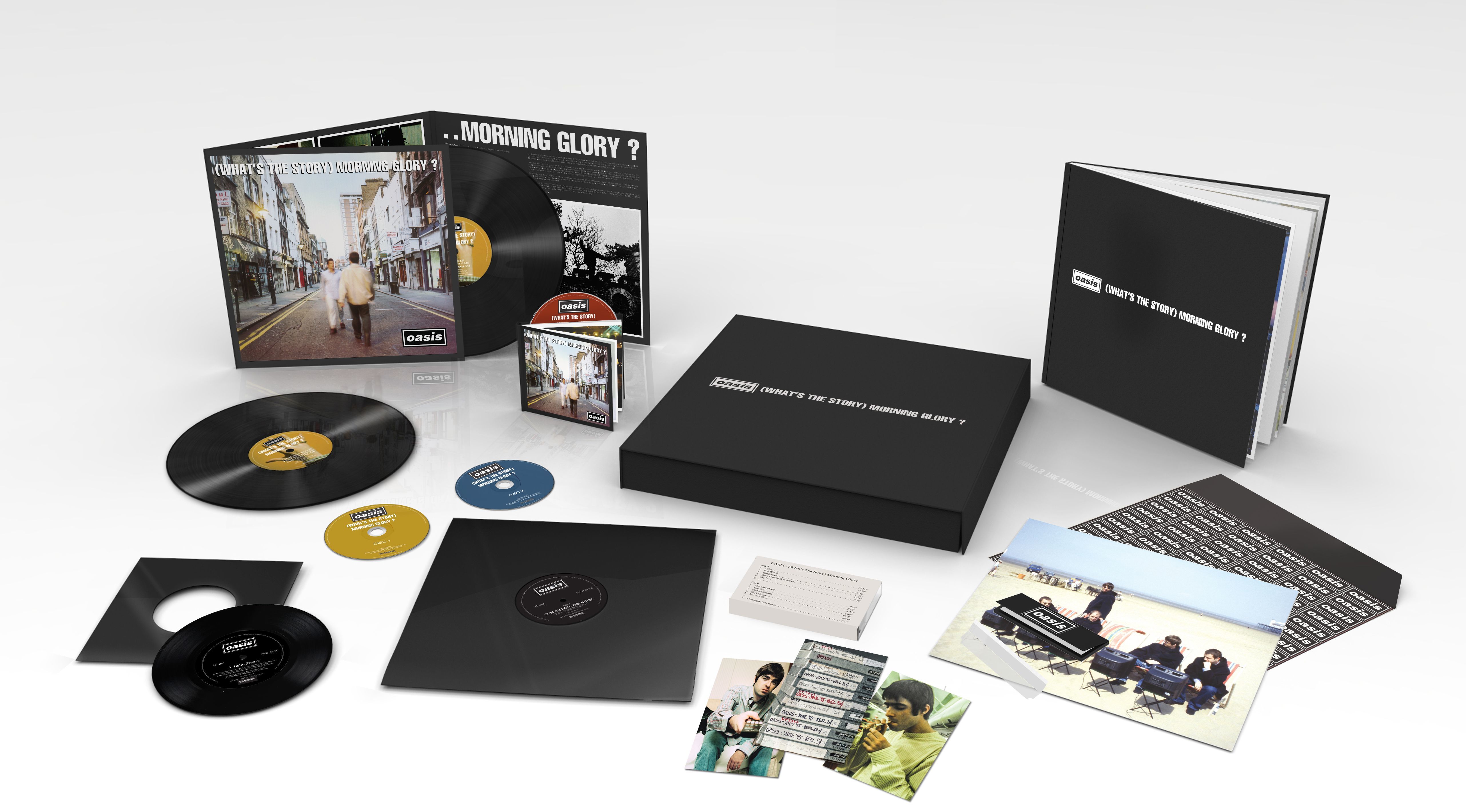 * 180 gram double LP in gatefold sleeve - Heavyweight vinyl of ‘(What’s The Story) Morning Glory?’, meticulously remastered from the original 1995 half inch tapes. Includes download code for B sides, plus unreleased and rare tracks including demos and live recordings.

* 7” single - This 7” includes demos of ‘Hello’ and ‘She’s Electric’, both of which were recorded in ‘Definitely Maybe’ producer Mark Coyle's studio. The ‘Hello (Demo)’ track is exclusive to the box set.

* Cassette - Exact replica of the original promotional copy of ‘(What’s The Story) Morning Glory?’. This rare cassette, only sent out to industry contacts, has never been commercially available. It includes ‘Step Out’ which was removed from the album prior to its release

* ‘Roll With It’ cigarette papers - These rolling papers were an original 1996 promotional item. They have been replicated solely for the box set and feature the lyrics for ‘Roll With It’ printed on the back.