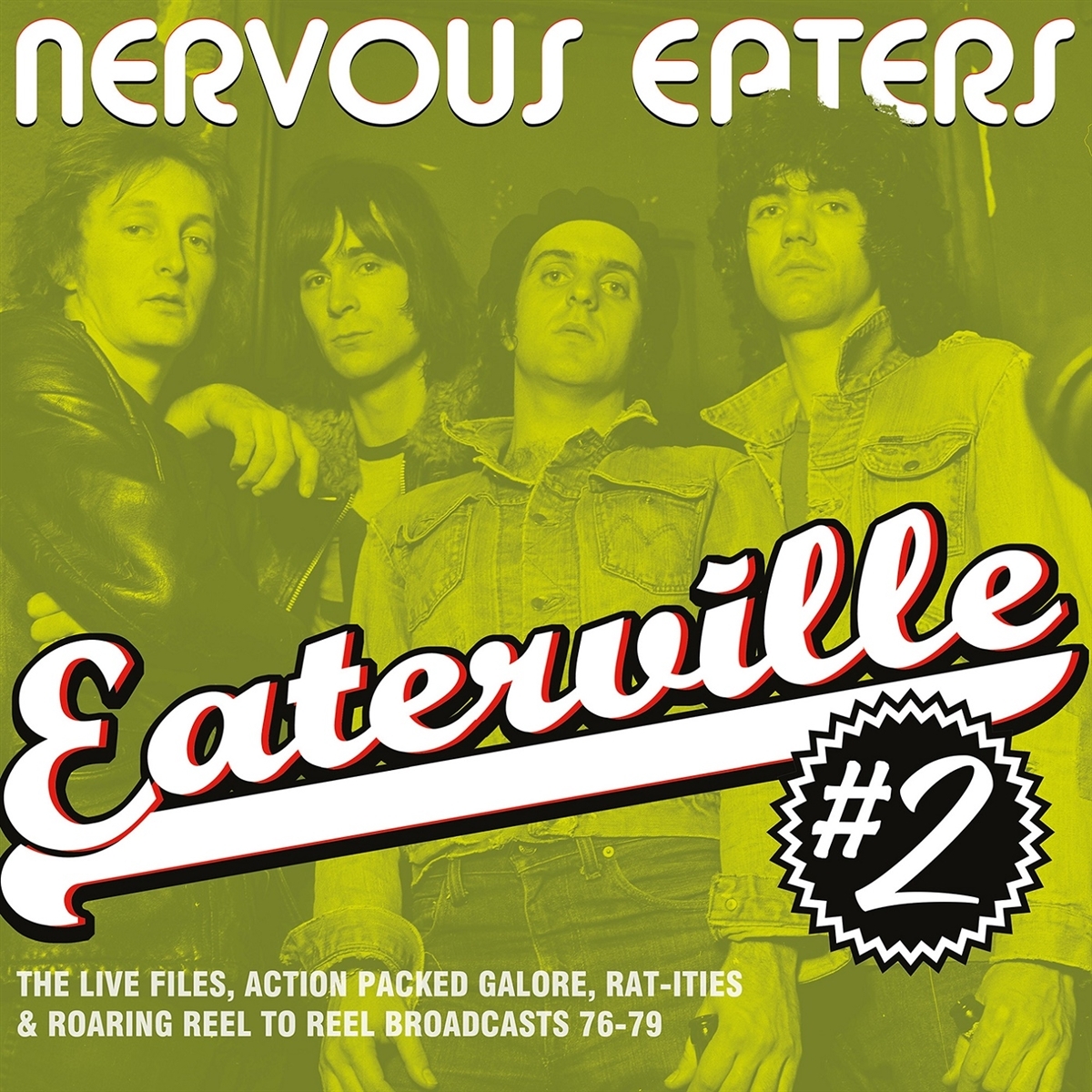 Nervous Eaters "Eaterville Vol. 2" - The Live Files, Action Packed Galore, Rat-ities & Roaring Reel to Reel Broadcasts 76-79 LP/CD! Sequel of "Eaterville Vol. 1", Penniman Records huge seller from 2004/2019. The band has just released the new CD "Record 10" and is working on another album, to be released by early 2021.

With the usual delay, comes the long-awaited second volume dedicated to rescuing unreleased recordings by this classic, killer band from Boston. After the demos and singles on Rat, included in the fantastic Volume 1, get ready for the fabulous sequel which includes mostly live material never before released. Eaterville Vol. 2 is not a compilation of low-fi recordings, rehearsals, etc., but a collection of material taken from radio broadcasts or recorded directly from the soundboard of the clubs where they used to appear almost weekly between 1976 and 1979.

Here you will find more potential hits that never materialized ("Someone Else In Your Arms", "Necessities") along with alternate versions of their classics ("Hot Steel And Acid", "Red On White") and completely over the top live versions of their most explosive material ("Just Head", "Degenerate"). All with remastered sound, Paul McGuire liner notes, previously unreleased photos and vintage press-clippings.