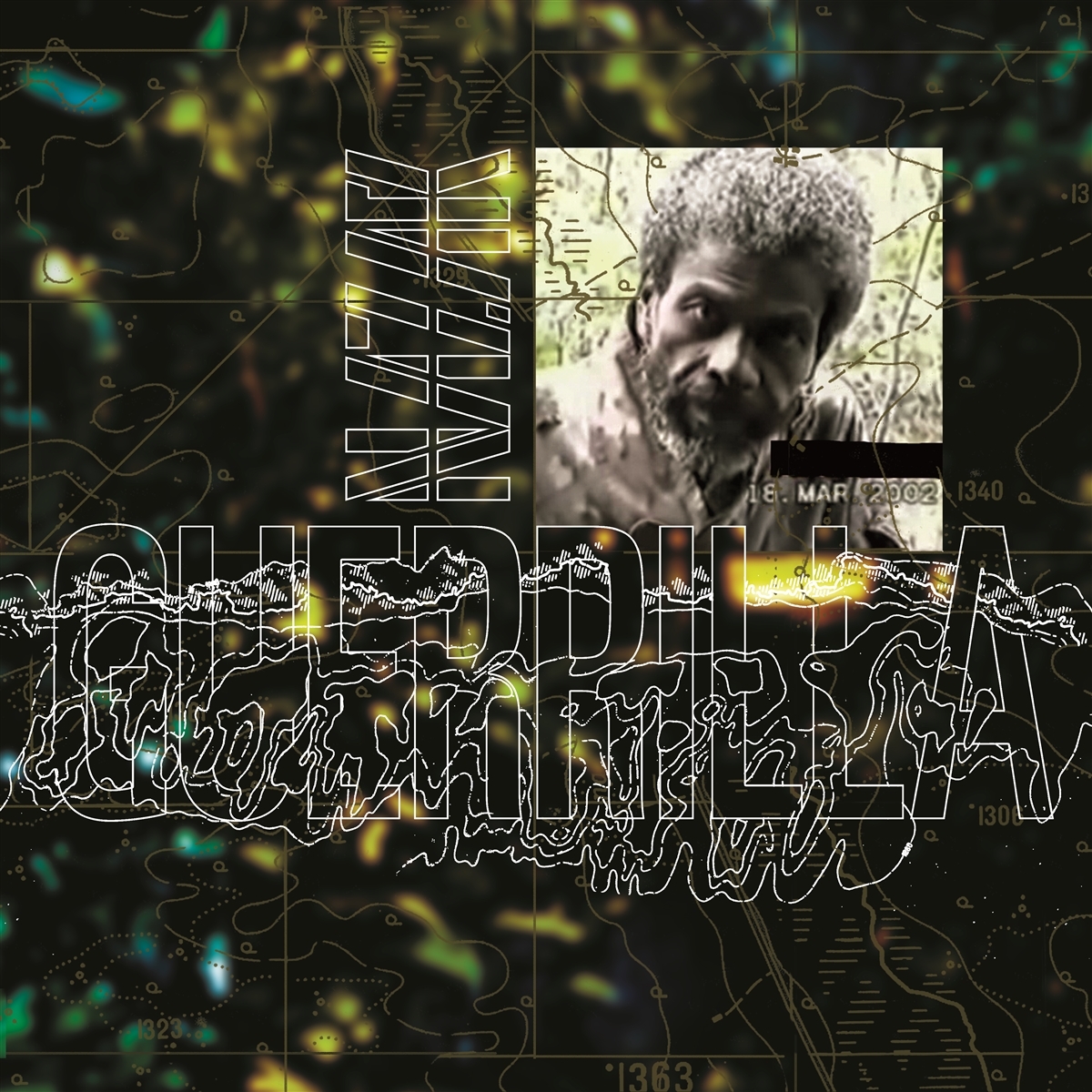 Angolan producer Nazar coined the term »Rough Kuduro« as an interpretation of the Kuduro musical style, translating the upbeat sound to expose the uglier side of what he saw in Angola, heard first on 2019's astonishing six track »Enclave« EP. »Guerrilla«, Nazar's debut album, examines his family's collective memory and country's past, threading together oral histories, political realities, and artful re-imaginings of direct horrors, to document his personal story of the 25 year Angolan civil war and its aftermath in a detailed and episodic manner, particularly how his father's rank as a Rebel General led to a prolonged and continuing separation of his family across continents.

Nazar tells his story both impressionistically, and at times with stark directness. Rumbling bass overlaid with piercing synths mixes with field-recorded Ovimbundu folk song and a distant waterfall. The sound of a cocking gun leads into tumbling Kuduro beats and driving low-end bass. Elsewhere, slow, menacing dub suggests violent civil unrest, while reversed vocal shouts and protesting Portuguese rhymes evoke a pervasive atmosphere of chaos. Further in, we hear Nazar's mother recalling the day she left home aged 16 to join the rebel movement, his sisters harmonising in the background over field recordings made in the ruins of his grandparent's home.

After the housey »FIM-92 Stinger«, the album snaps back to the ferocity of conflict with the guttural »Immortal«, its deep bass shrouded in haunting shrieks driven by clicks and distortion, reflecting a time in the very early years of the rebel movement when witchcraft was used to procure immortality. »End Of Guerrilla« is the final reprieve, reflecting the euphoria and melancholy that came with eventual ceasefire _ »It's about the end, but also dignity and remaining standing despite being mutilated. Making your voice heard despite not having anything to say.«