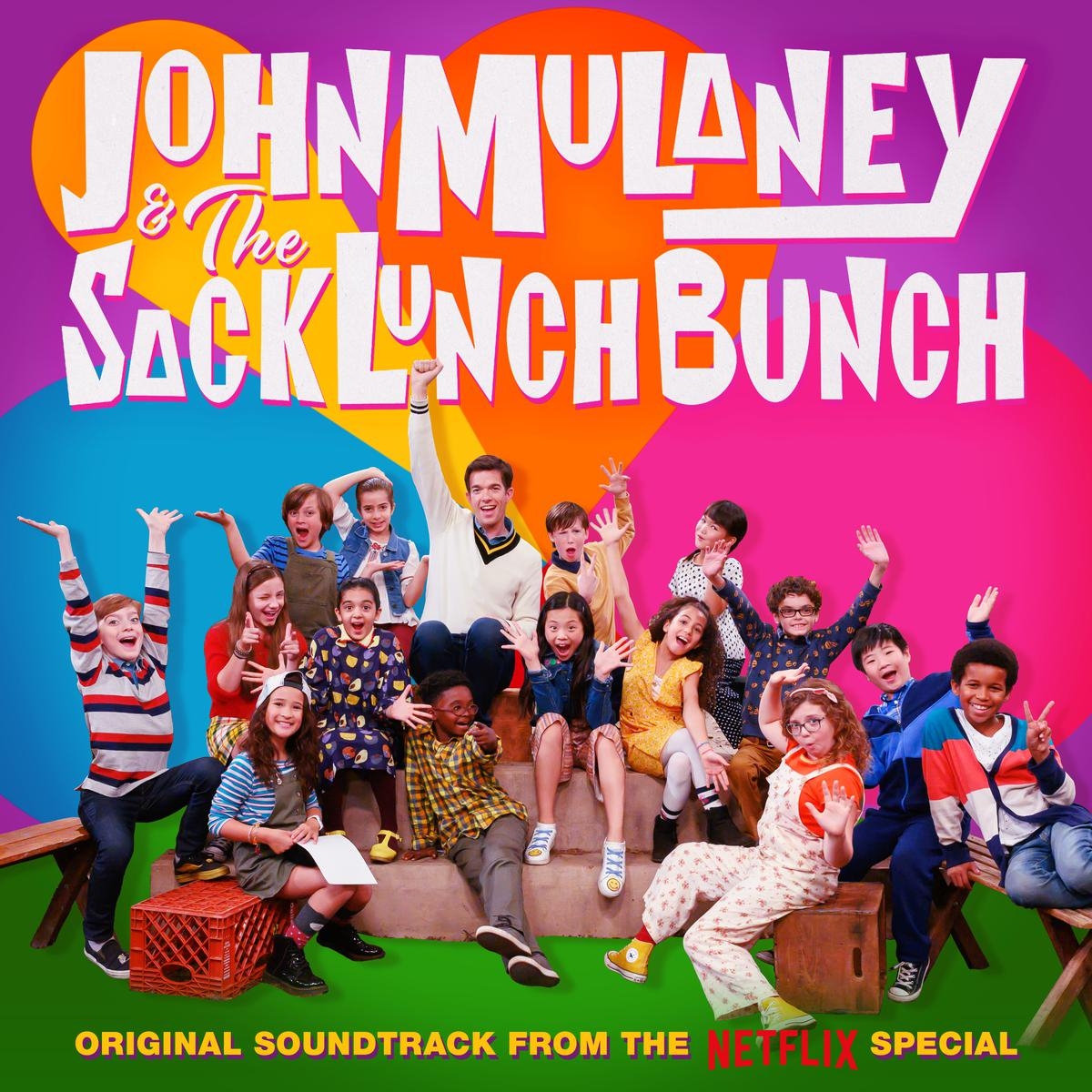 Emmy Award winning comedian John Mulaney aims to recapture the magic of that bygone television era when children sang songs about their feelings with celebrity guests on funky outdoor sets with John Mulaney & The Sack Lunch Bunch, a television special that premiered December 24, 2019 on Netflix. Now, Christmas is coming again like never before, with physical LP and CD editions of the soundtrack!

This includes a special peelable sticker on the cover of the LP edition, allowing children of all ages to pick at it! John Mulaney is a 6 ft tall comedian with many credits and two awards and he was born on a humid August night in 1982. The Sack Lunch Bunch is a group of children ages 8-13, born after the turn of the 21st century, and they are each unique human beings with way more talent than Mr. Mulaney. With the brilliant musical chameleon and Emmy nominated composer Eli Bolin, Mulaney and his co-writer Marika Sawyer put together some songs and then were joined by guests like David Byrne, Tony Award winner André De Shields, Annaleigh Ashford, Shereen Pimentel and Jake Gyllenhaal from the movie Zodiac!

The sonic result is this soundtrack album. There are probable hits like »Grandma's Boyfriend Paul,« inspired by the breezy piano pop of Carole King's »Really Rosie.« »Plain Plate of Noodles« may be a child's existential food lament, but you can still dance to its Three Dog Night-inspired funk. »I Saw a White Lady Standing on the Street Just Sobbing (and I Think About It Once a Week)« is a daydream made of the rich major 7th chords of Laura Nyro layered with the warm flugelhorn that seems to whisper »Burt Bacharach.« Calypso, New Orleans jazz, and even the Alan Parsons' Project's »Eye in the Sky« make up the DNA of other Sack Lunch songs. David Byrne lent us his time, his voice, and his whole essence for a song that demands the listener »Pay Attention.« Bolin, Byrne, Sawyer and Mulaney wrote it in 2019, but it's also a nod to a bizarre boy back in the 1980s named John who was thunderstruck by Talking Heads' »Warning Sign« and its command: »Pay Attention, Pay Attention/I'm talking to you and I hope you're concentrating.«

We hope anyone who listens to this is either a kid who digs it, or if you're a grown up and can vote and stuff, that these songs take you somewhere familiar in the garage of your mind, maybe back to that time when you were smaller, had no control over your schedule, lived in fear of tarantulas, but sometimes got to rock out to loud pianos and big bright horns.