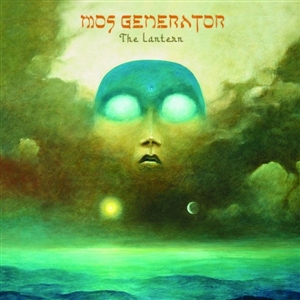 Tony Reed's Mos Generator, who formed in 2000 in Port Orchard, Washington from the ashes of a ten year off & on collaboration between its three members, all of which are long time veterans of road & studio, inspired the heavy music scene since decades.

After 20 years of making music the band shows no sign of slowing down. Now, the band has announced to reissue a finest collection of songs, taken from Mos Generator's pathbreaking 2007-album, "Tales from the Vault"!

Re-mastered and with its blistering new mix, "The Lantern" sounds like a different album and as you have never heard the band before, this exciting collection of tracks will be a definite must-have in every Mos Generator, heavy rock and doom metal record collection.