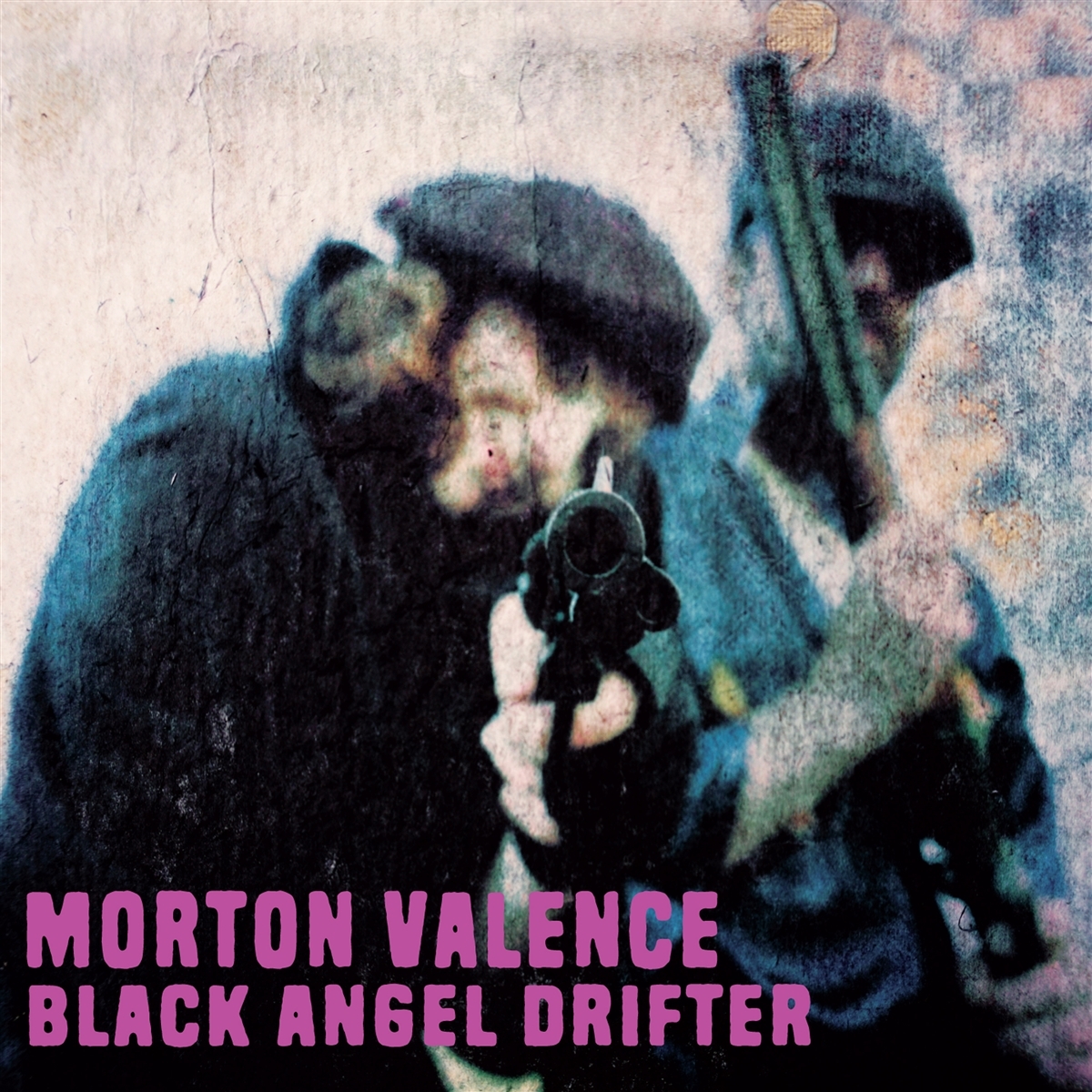 'Black Angel Drifter' is an album of unorthodox 'country' music and unlike anything you've heard before. This, the seventh studio offering from Urban Country duo Morton Valence (Anne Gilpin and Robert 'Hacker' Jessett), started life as their experimental side-project back in 2016. Notwithstanding more recent events, 2016 was quite a year, and whilst the band were preoccupied with other ventures Black Angel Drifter would bide its time. Fast forward to 2020 - a year that will unquestionably go down in the annals of history - and 'Black Angel Drifter's extraordinary sentiment could not resonate louder.

Legendary UK country label Cow Pie Ltd's - established in 1978 by BJ Cole and Hank Wangford - sensibilities were especially tweaked and they were convinced it was time this spectacular album finally got the airing it has always deserved, remastered and repackaged for a new era. The album features ten tracks. From the explosive intro of 'Skylines Change / Genders Blur', coming at you like the illegitimate lovechild of The Jesus and Mary Chain and Ennio Morricone, to the down-at-heel 'Black-Eyed Susan', replete with sweaty priest and bullwhips, Morton Valence also flirt with the blues on 'Sister Pain', deliver sorrowful, divine love songs like 'The Visit' & 'Hymn Four' and breathe fresh discordant life into the late 80s Bob Dylan classic, 'The Man with the Long Black Coat'. As antithesis to a no regrets-type torch song, 'If I Could Start Again', where a man recounts his misspent life from a prison cell, could have been penned by Merle Haggard. The unrelenting 'Trail of Tears' is more akin to late-70's Martin Rev robotics than anything ever created on a guitar. Alongside Gilpin and Hacker, Alan Cook's sublime pedal steel guitar is omnipresent throughout the album.

'Black Angel Drifter' is an alt-country album that puts the rulebook through the shredder and starts again, set to put Urban Country on the map and give UK Alt-country an authentic new voice of its own, a voice that is genuinely original, new and exciting.