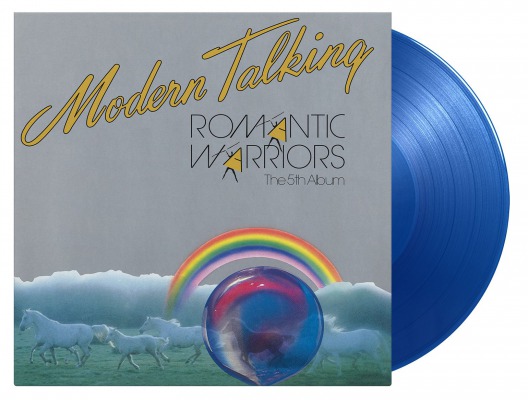 * Limitiert auf 2500 Exemplare
»Romantic Warriors« is the fifth studio album by German pop duo Thomas Anders and Dieter Bohlen, better known together as Modern Talking. The album was a hit in Europe upon its release in 1987, reaching the top 10 in Germany, Switzerland and Austria, while also reaching the top 20 in Sweden and Norway. It continued Modern Talking's reign as one of the most popular synthpop acts of their time. The album contains the hit single »Jet Airliner«, a song that charted in many countries including The Netherlands, Spain, Switzerland and even South Africa.

»Romantic Warriors« is a true 80's classic, and it is now released on transparent blue vinyl as a limited edition of only 2500 individually numbered copies.