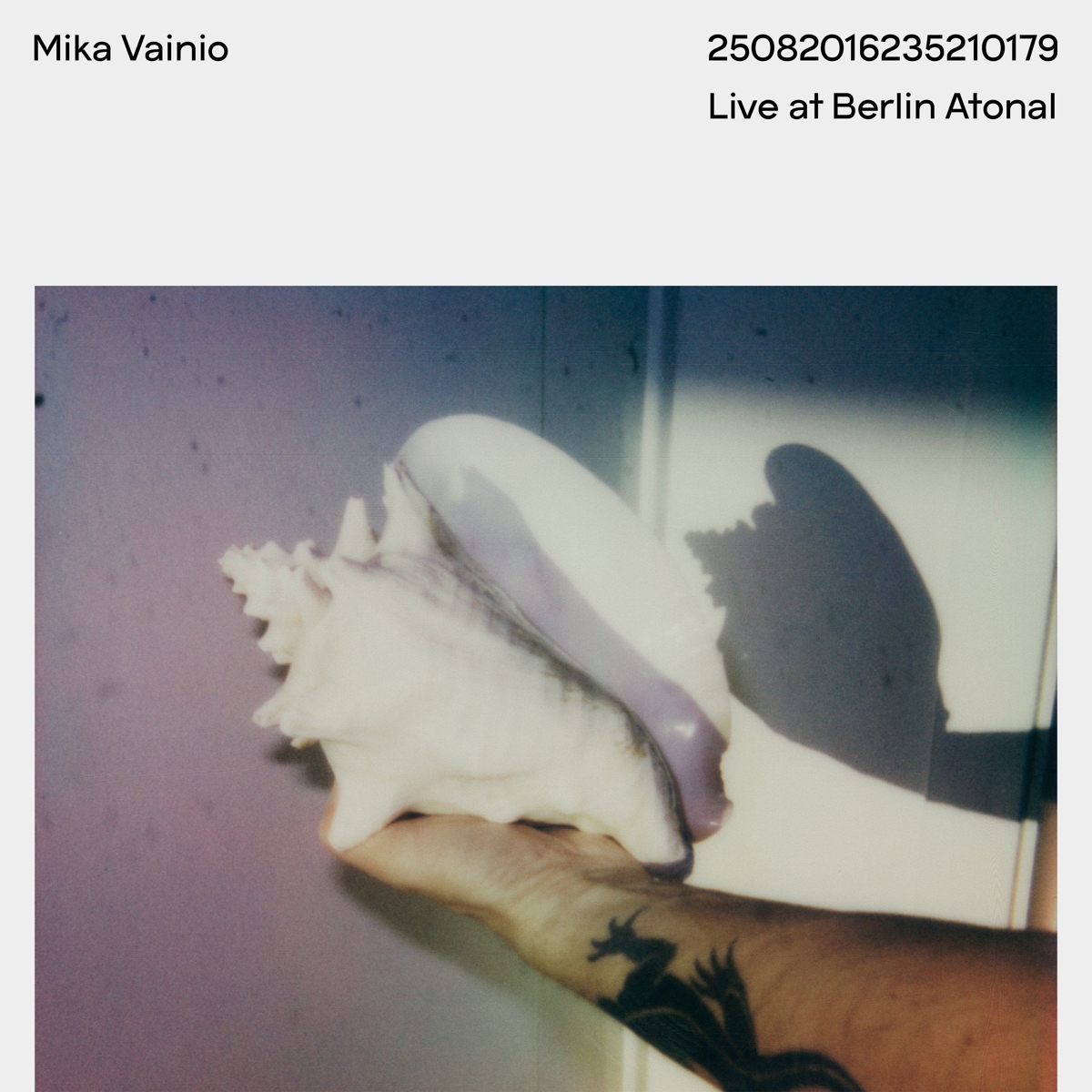 Berlin Atonal is pleased to announce the release of Mika Vainio’s live performance at the 2016 edition of the festival. This pared-down, sensitive, and serious music has no parallel. Deep, throbbing analogue laments emanate from the outset reaching far into the furthest fissures of Kraftwerk’s main hall, a chasmic exercise in arching minimalism. Between crisp, upfront sonic assault and backset rhythmic work, it morphs about the cavernous hall exploring to the core the relationship between sound and architecture. Unrelenting and icily atmospheric, the haptic saturation arouses a body of nerves. As ever the scope of Vainio’s poignant work is vast, with limited tools at his disposal. Motifs are revisited and reiterated, calmly rendering confrontational and extreme mechanisms. Feedback blasts buzz over and destroy passages, punctuated by sparse rhythm. As the performance draws towards a close, percussive sounds come to the fore. Rhythmic patterns hint but never falling into predictable repetition, always manipulated, Vainio etching away with his machines. A long-form performance, of ebbing passages, it grows in quasi-orchestral style as mountainous sounds vie for daylight in a thick sound horizon.