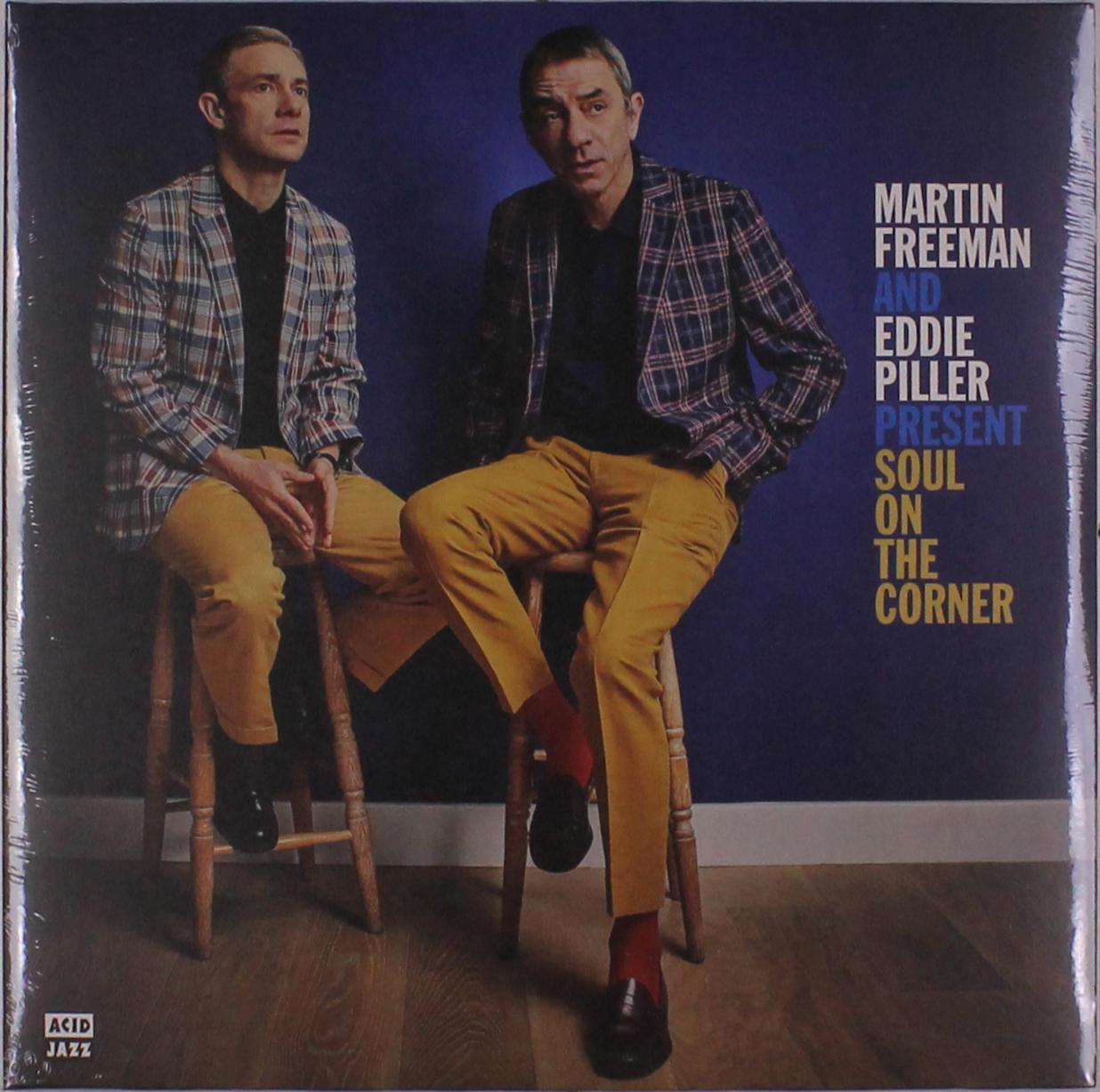 Martin Freeman & Eddie Piller
Present Jazz On The Corner
2 LPs
EUR 28,99*
*** Gatefold Cover
Following last year’s acclaimed Jazz On The Corner compilation 2019 again sees Martin Freeman team up with Acid Jazz’s renowned head honcho Eddie Piller to present a veritable and personal collection of tracks. Compiled from the pair’s personal favourites, be it hearing on the radio, word of mouth or Dj-ing – Soul On The Corner represents the entire gamut of soul from the sixties and seventies right up to the present as illustrated by the likes of Tommy McGhee and the Acid Jazz recent signee Laville.

Opening with the inimitable Bobby Womack and How Could You Break My Heart, as Piller explains; “I never tire of hearing this record and have used regularly to close my DJ set, it’s a real hands-in-the-air moment.” Further cuts from the renowned and less well-known seamlessly complement each other – the smooth sultry jam of Laville’s Thirty One or the superbly nuanced slice of progressive soul in the shape of Sergio Mendes & Brasil 77’s Love Music. Piller’s selection transcends the rock / soul divide with Never Gonna Give You Up from former Impression Jerry Butler, adding: “I plumped for this because I recalled the incredible response from The Black Keys’ version that I aired on the BBC’s Funk and Soul show.”

No less varied is the choice of soul fan Martin Freeman, opening with the vintage ’68 soul with a twist of something rockier, Barbara Acklin’s A Raggedy Ride that he professes; “is an unexpected gem that’s been a favourite of mine for forever.” Other picks arrive in the form of Georgie Fam’s cover of Bobby Womack’s Daylight that has Freeman enthusing; “the original is a beaut. This is better.” Further inclusions come from The Supremes and The Wisdom Of Time, representing the mid-nineties contemporary soul scene is Lewis Taylor with Lucky that as Freeman asserts is; “an epic tune.” Meanwhile, taken from their first self-titled album Earth, Wind & Fire’s Fan The Fire epitomizes the innovative nature of one of the most successful acts of all time and adds Freeman; “this is a funky-as-hell cry for peace and love. Good lord, they were SO good.”