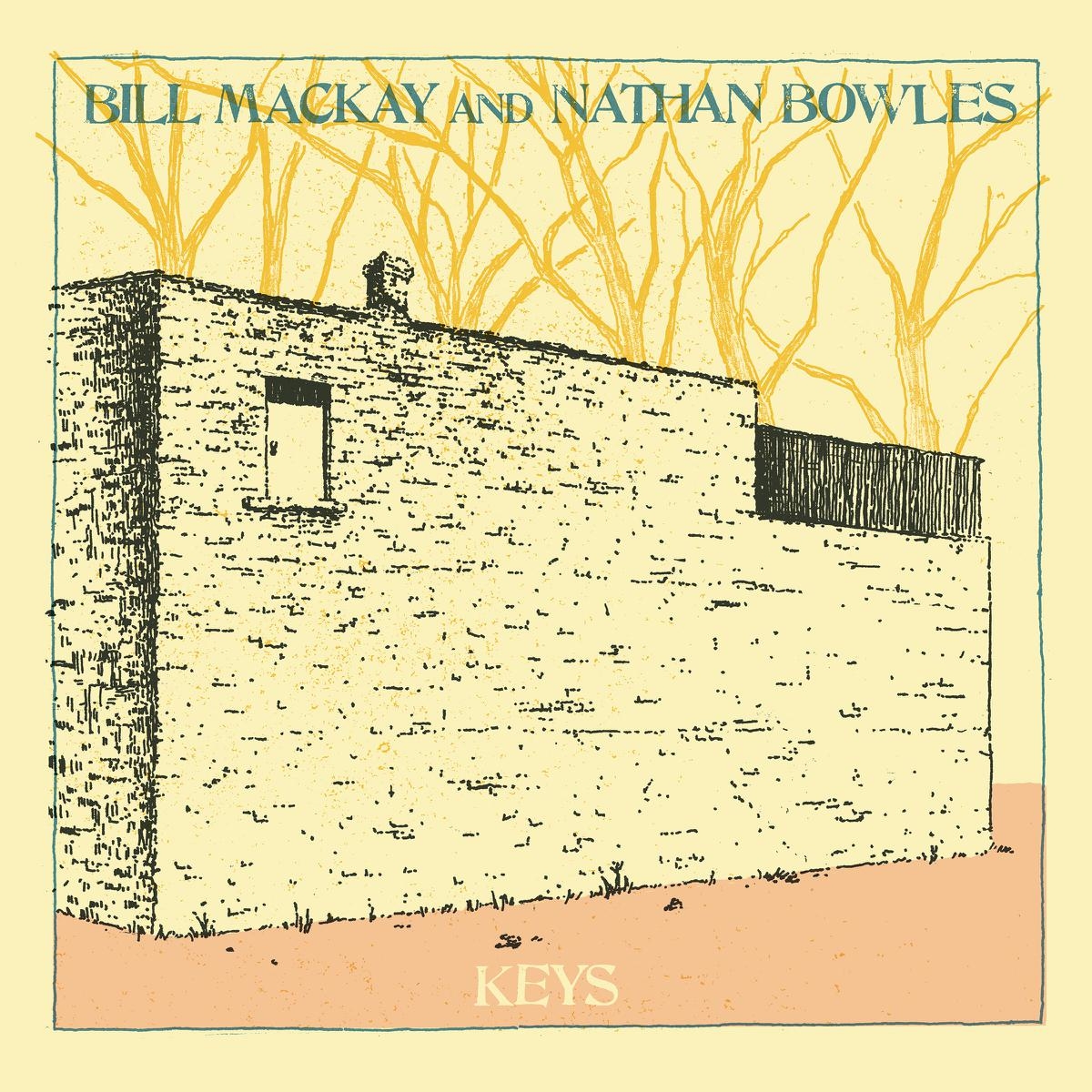 Keys, the debut album from Bill MacKay and Nathan Bowles, is, on first blush, a collection of guitar and banjo duets - but from the opening moment, it is clear that Bill and Nathan's agreed-upon duo is a living organism, growing as it goes. Behind the stately figures of "Idumea", a 19th century southern hymnal played out on their stringed instruments, a low organ drone hums persistently, signaling that this music, while coming from traditional places, is asking more of itself, seeking sparks of inspiration to light the path forward.

Bill and Nathan met a few years back, if time has any meaning. It didn't seem to at the time - after the first night they hung out, it seemed as if they'd known each other for awhile already. A year later (2018, if you're counting), they were booked as a duo at Cropped Out. Preparing for playing the show involved a correspondence exchanging lots of provisional ideas, thoughts and music back and forth from Chicago to Durham NC, then dashing through the ideas again on the festival grounds an hour before the show.

From this seemingly hectic preparation, their playing that night was remarkably serene, a spiritual treatise clothed in the casual and natural manner of the proverbial porch-, or in this case, riverside-jam, as the stage literally straddled the edge of the Ohio River! It was a stellar, simpatico first moment that asked for more moments like it. After several more sets the following year, they felt ready to roll tape (as the saying goes) and chose to do so in Chicago, with Nick Broste at The Shape Shoppe. Again, an easy rapport prevailed, allowing them to work through their collected ideas quickly and freely, with the moments of spontaneous decision that can come only with comfort and trust in each other's presence.

Throughout Keys, Bill and Nathan propel their power-folk engine with intent and feeling, joy and solemnity, as images of wariness, wonder, anger, deliberation, forgiveness, trust and devotion rise up from the music and roll it forward into the unknown, a place we can sense both players are happy to go. Eight of the ten songs featured are originals, with the other two coming from different centuries than this one. The diversity of song is matched by the instrumentation: in addition to Bill's guitar and Nathan's banjo, they add voice, piano, percussion, pump organ, requinto and electric organ to the richness and rusticity, the traditionalism and open space of the compositions.

The sound of this music in the 21st century has a yearning quality, sometimes melancholy, sometimes rambunctious, but always reaching for something in between the strings, asking eternal questions that have been wondered and remain unknown: Where are we headed? What are we leaving behind? What deserves to be jettisoned, what held onto? When sitting together again to play music, who are we playing for? And for what purpose, to what ends? Will our ears be ready to hear it, whatever it is? With Keys, Bill MacKay and Nathan Bowles have begun to ask and answer these queries musically, in a unique, unified declaration.