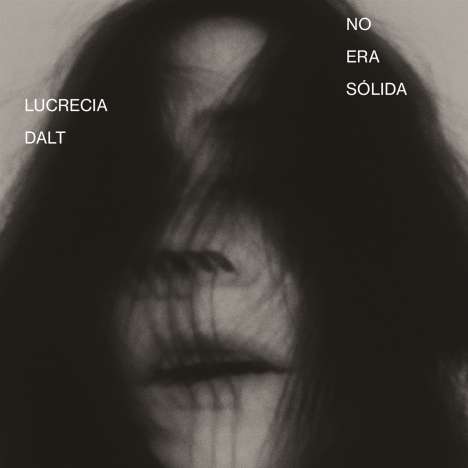 Lucrecia Dalt is a Colombian recording artist, songwriter, and producer. After studying civil engineering in Colombia, Dalt worked at a geo-technical company for two years and has since lived in Barcelona and Berlin, where she currently resides. She has released six solo albums and has collaborated with musicians Aaron Dilloway, Jan Jelinek, and Gudrun Gut, to name a few.

No era sólida is Dalt's seventh solo record, and her second on RVNG Intl., following the release of 2018's Anticlines. No era sólida is an introspective venture into visceral sonic terrain, as Dalt sets out to capture the moment when one becomes pure sound. The album observes a transition in Dalt herself through the emergence of an alternate ego / state of self named Lia. Each song identifies a different state experienced by Lia, opening with Disuelta (Dissolved) and transforming through pieces such as Seca (To Be Dry), Ser boca (To Be Mouth), Espesa (Thick). Lia's poetic reflections on the panspermia echo her origins, having come from some other ether. As a lifeform seeded through sound, the very essence of Lia is embodied in the exploratory instincts of her creator Lucrecia Dalt, an artist whose innate sonar system traces the far reaches of musical experimentation.