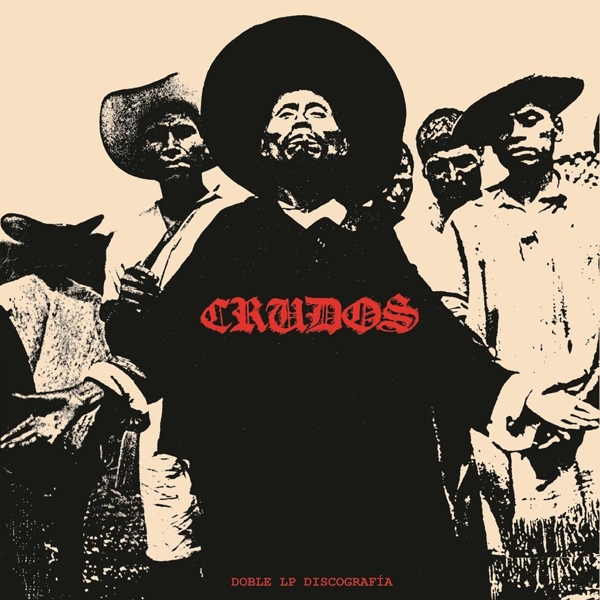 *** Gatefold Cover
Finally a European version of the long overdue LOS CRUDOS Discography collection. LOS CRUDOS, formed in Chicago's Pilsen neighbourhood in the early 90's, are a a Chicano punk band with a strong socio-political message and an extremely militant DIY attitude.. They sang in Spanish, with aggression and conviction and that made their message spread out widely, reaching thousands of Spanish speaking punks both in Latin America and Spain as well as inside USA. The band split up in 1998 after a really intense year of touring and reformed in 2008. The band will be undertaking their first ever Scandinavian tour in July/ August 2016. This collection, originally released as a benefit for MRR magazine last year, includes all the LOS CRUDOS output plus compilation tracks as well as a couple demo tracks and an unreleased song. The European version comes in a gatefold sleeve and brings a 40 page booklet with flyers and the lyrics of all songs.