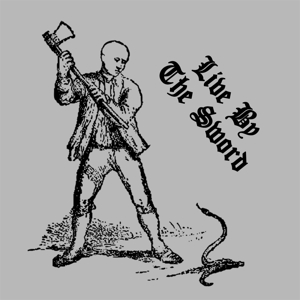 The Dutch-American war machine Live By The Sword is back! After two hard-hitting singles in 2016, the band - initially formed out of the ashes of Strongarm And The Bullies and Razorblade - marches on with their first ever, self-titled mini album for Rebellion Records - an all-out attack that will slaughter you at 45 revolutions per minute!

Mehr von Live By The Sword