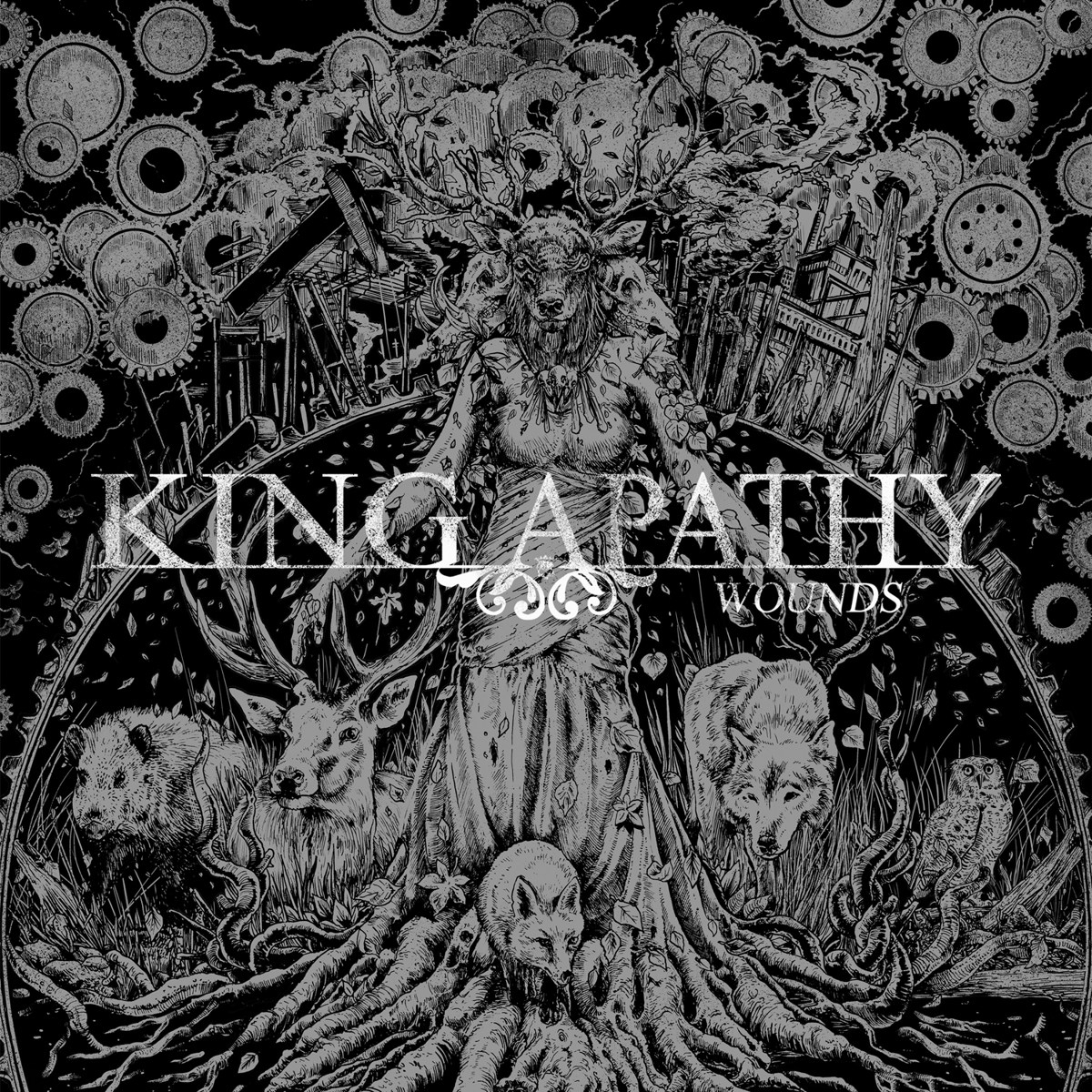 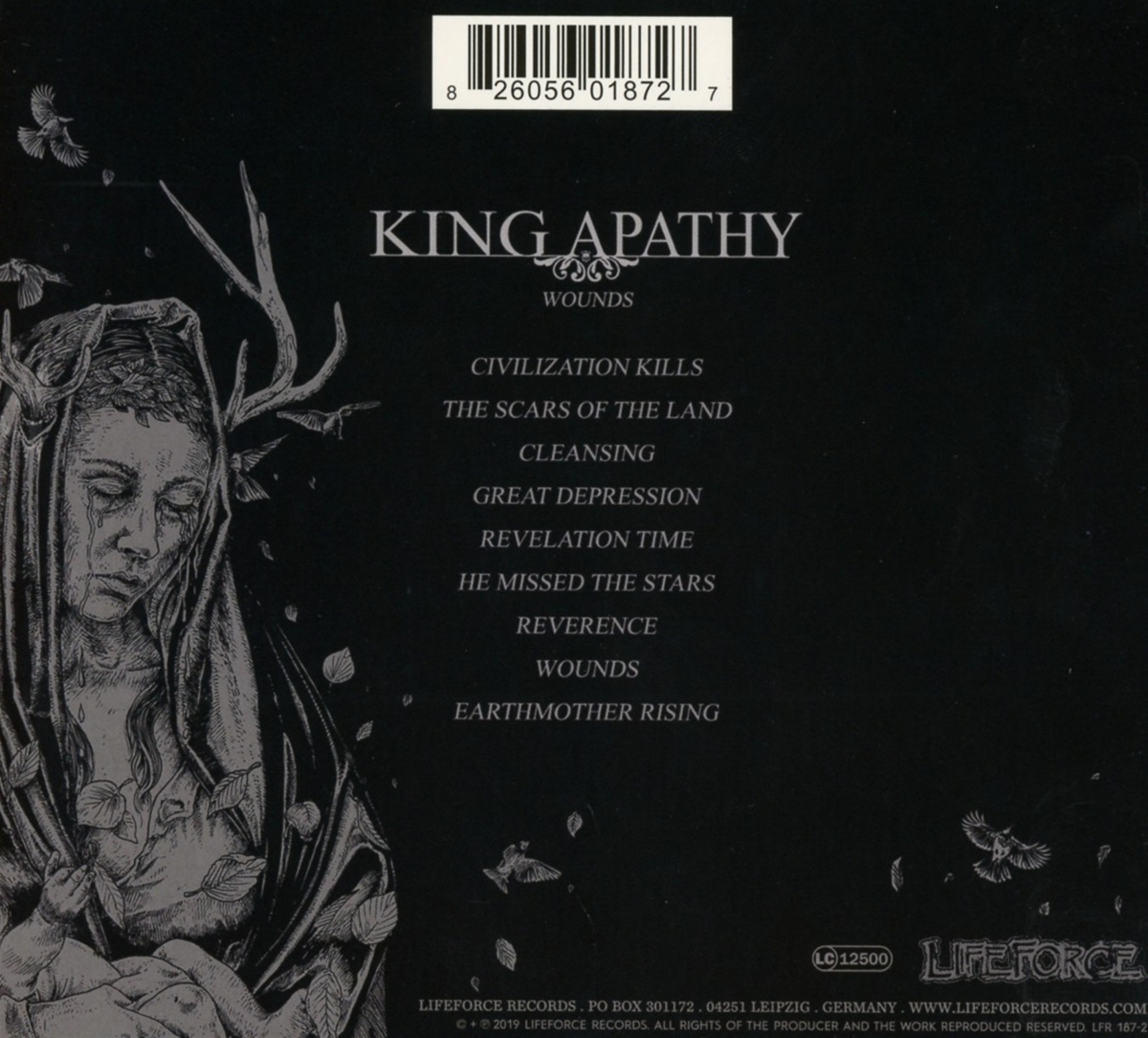 *** Digipack
Civilization kills: This is the opening track of KING APATHYs third record and there is no way around this frightening and sobering conclusion. Mankind is ruthlessly exploiting the earth. The downfall of our society is just a matter of time, because the planets’ resources are finite. Wether humanity as a species will survive the end of civilization as we know it is questionable. Will we destroy this world and make it uninhabitable for all life or can we find the strength to unlearn our destructive behaviours? Songs like The Scars Of The Land, Cleansing, Great Depression or Earthmother Rising are dealing with issues like this. One thing is sure: The “Wounds” we are inflicting are getting deeper and deeper and they definitely won’t heal on their own.

KING APATHY came to be in 2007 near Munich in the South of Germany¬ under the name of THRÄNENKIND. After ten years of existence the band changed its name to KING APATHY to make a statement about modern life on this planet. Everyone knows that we are destroying the earth, but hardly anyone fights against this blatant injustice. Plain and simple: a KING called APATHY rules our everyday life. The musicians share interests in the ideas of environmentalism, anarchism and veganism and are criticizing capitalism in general. In their lyrics KING APATHY are exploring the relationship between humanity and nature, environmental ethics, interpersonal relations and (post)modern life in general. You can feel their humility and sincerity - both in their lyrics and their music.

Having released two albums under the name of THRÄNENKIND - “The Elk” (2013) and “King Apathy” (2016) - “Wounds” is the first full-length album under the new bandname. The songs of KING APATHY are still the kind of music for which the band is known and appreciated. They still draw their inspirations from a lot of different genres such as melodic metal, post black metal, doom, neo-crust, post rock, shoegaze and hardcore punk. Nevertheless the new album “Wounds” is more complex than its predecessors and you will have to listen several times before all its secrets are revealed. The atmosphere is dark and oppressive. On the surface it’s not a “violent” album, but the songs have an intense after-effect. They will leave you restless and will haunt you for quite some time.