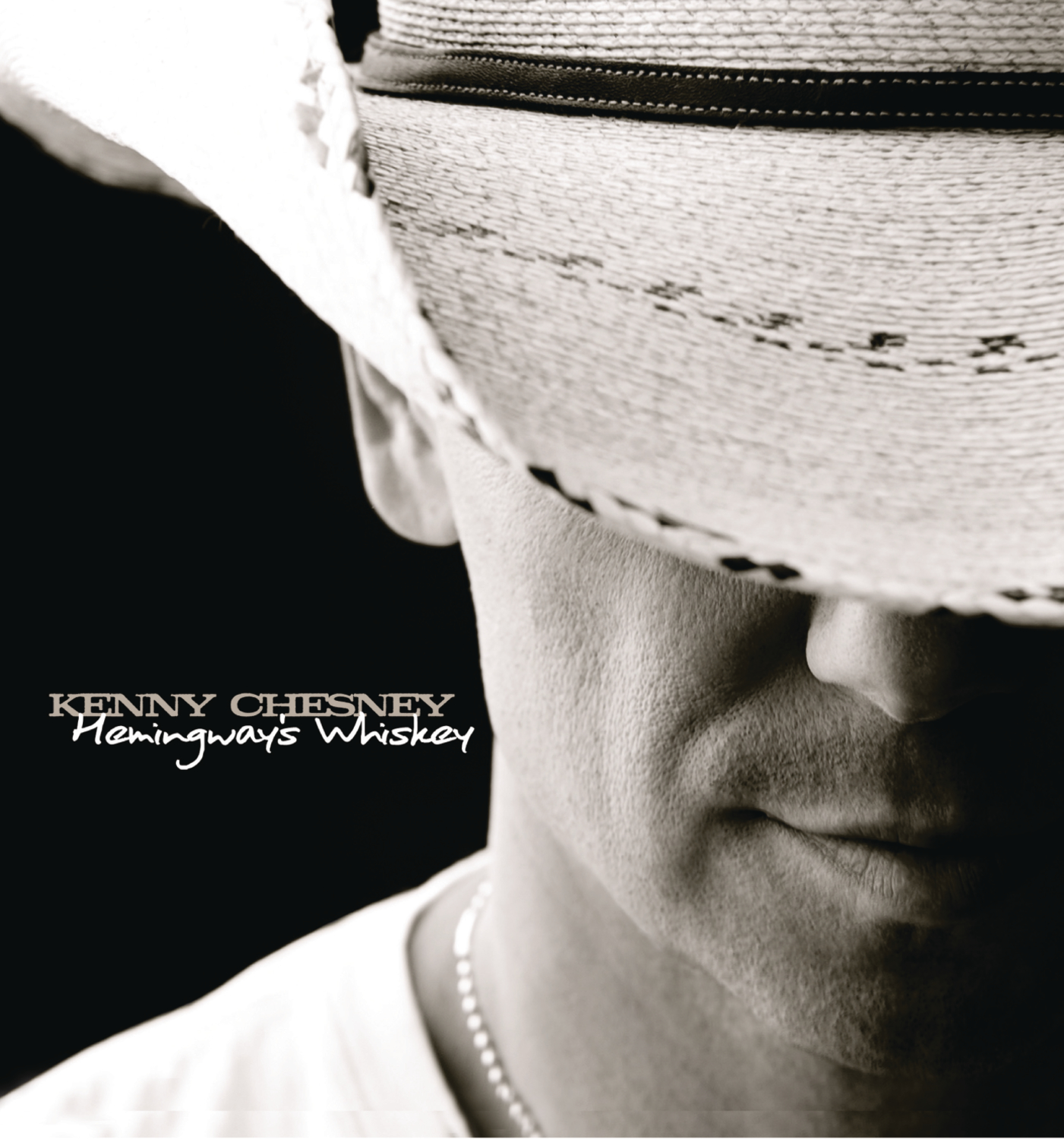 Bewertung:
lieferbar innerhalb 1-2 Wochen
(soweit verfügbar beim Lieferanten)
EUR 12,99*
Versandkosten
Der Produkttext bezieht sich auf den Artikel Kenny Chesney: Hemingway's Whiskey (HDCD) (CD). Die Informationen, Produktdaten, das Tracklisting etc. können bei diesem Artikel ggf. abweichen.
When Kenny Chesney pulled the plug on what would have been his 2010 tour in August of last year, he had accomplished almost unprecedented things. He's played NFL football stadiums by the dozen, received 4 Country Music Association as well as 4 consecutive Academy of Country Music Entertainer of the Year Awards, had nineteen #1 singles, duets with Dave Matthews ("I'm Alive"), Mac McAnally ("Down The Road") and Uncle Kracker ("When The Sun Goes Down") and has sold over 27 million albums including the quadruple platinum CMA Album of the Year When The Sun Goes Down and the two highly introspective singer / songwriter-driven Be As You Are: Songs from an Old Blue Chair and Lucky Old Sun. He co-produced a critically-acclaimed album on Willie Nelson and is the only artist in any genre to sell over a million tickets each of the past eight summers - and that was before the Sony Motion Pictures national theatrical release, "Kenny Chesney: Summer in 3-D," and the 90-minute documentary "The Boys of Fall," which showcases the impact of high school football and features some of the game's most enduring coaches and players at the pro, college and high school levels. Now, Chesney has released what will perhaps become his most enduring album, Hemingway's Whiskey.

"I just knew I'd had my foot on the gas for a long, long time," says the high energy performer. "I'd gotten signed to BNA Records in 1995, and I'd never let up. I was able to do things I didn't even know to dream, but in the work and the rush of it, things started to become a blur... and I knew it.

"I also knew that was not the reason I'd come to town: to just get on the treadmill and not look up. I loved songs, I loved artists... and I loved the process of making music. Suddenly, it was all deadlines and it didn't feel right. So I did what a lot of people have now told me was the unthinkable: I decided to stop everything for a year, to refocus on some personal projects and really think about my music and where I wanted to go. I am so glad that I did."

With his foot "off the gas," Chesney exhaled - and considered where the music had brought him, what it meant to the fans that came back year after year and how to expand on what is easily one of contemporary music's most vital communities. "The more I thought about it, especially working on 'Summer in 3-D,' which is as much a love letter to the fans who've lived these songs and their relationship to the music, the more I realized: this music is something they live right where they are, too.

"Anyone who knows me knows how pivotal football has been in developing who I am," explains the man who began playing for tips at Quarterback's Barbeque in Johnson City, TN. "It taught me discipline... teamwork... integrity... humility... and it gave me a sense that no matter how many times you get knocked down, if you keep getting up, you will get better.

"I quit growing my freshman year, so no matter how much I wanted to play baseball or football, that wasn't gonna happen. But I took those principles - and the fun and camaraderie I learned on the field - and I brought it with me when I came to Nashville. My career didn't happen overnight, obviously, but I always knew that if I just kept challenging myself to get better, I could do some pretty impossible things.

"The Boys of Fall" is about that... and it's a song that says everything about what it feels like to play high school football! Whether I've played the song for Joe Namath, Sean Payton (the coach of the unlikely 2010 Super Bowl Champion New Orleans Saints) or a young guy just getting into school, they all say the same thing: 'Yeah, that's how it is....' When a song can do that, you know you've got something."

That became the bar that Chesney wanted the rest of the songs on Hemingway's Whiskey to clear as well: whether it's the post-break-up obsession of "Somewhere With You," the wry commentary on pettiness of Bobby Braddock's "Small Y'all" featuring country legend George Jones, or the inherent dissatisfaction of humanity which marks the driving Tom Petty-esque "Round & Round," written by Paul Overstreet.

"Each of those songs is unique onto itself," Chesney marvels. "There's nothing else I've ever heard that sounds like it - and each one takes the sentiment and really pushes it. I can't think of anyone who's not survived a break-up doing everything in 'Somewhere With You' - they just don't talk about it. The truth of 'Round & Round' most certainly applies: we're never content where we are, it's just how we are.

"And as for 'Small Y'all,' well, it's been a long time since I've done something that country - and I promise country has never been done that hard, that big or that loud."

Having recorded seven albums since his first Greatest Hits, now certified quadruple platinum, Chesney has sung a lot of songs, covered a lot of ground musically and defined a genre that celebrated growing up in small towns, loving the beach and knowing how to kick back. His records are not only the soundtrack of country radio in the 21st century, but are the sound of summer for people who plan their vacations around trips to go see Chesney somewhere each year.

Knowing that, the man who's written hits for himself - "Beer In Mexico," "Out Last Night" and "I Go Back" - as well as others - Rascal Flatts multiple week #1 "Take Me There" and David Nail's sweeping "Turning Home" - would never turn his back on the basic truths that have defined his audience's own lives. Hemingway's Whiskey includes "Seven Days," a song about a vacation encounter that has stayed with the singer too many years later, the priority defining "Live A Little" and the song about mentally checking out in "Coastal."

"I think if you forget about that, you're not telling the truth about how anyone lives," confesses the man who's jammed with Eddie Van Halen and Steve Miller, Sammy Hagar and Joe Walsh. "You gotta let go... you gotta remember it's not all serious and have fun. There's a lot to be said for playing hard if you're gonna make up your mind to work hard - and that's what those songs are about."

Even the Guy Clark-penned title track embraces the intensity of life perspective, through a far loftier set of eyes and a perhaps more elegant set of circumstances.

"There is no American man more iconic than Ernest Hemingway," Chesney says. "He was a war correspondent, a hunter, a fisherman, a novelist - and his writing had that hard-work ethic. But I spent a lot of time in the same islands he did, and heard the stories. He savored every experience. He lived hard, he loved hard... he got hurt and he never stopped experiencing life to its fullest.

"I think if you're looking at what this music and this message is, it's that. It's not just a party or a feel good thing, though that's part of it... It's really about living your life completely, whether you're making a record, standing on that stage or on the front of a boat cutting through the Atlantic with your friends. Each thing is unique and you should give yourself over to it completely. That is the difference."

That completeness is certainly the indelible desire in "You & Tequila," a Matraca Berg / Deana Carter song that evolved into collaboration with jam-rock goddess Grace Potter. It professes, "It's always my favorite sins that seem to do me in." The song embodies Southern California canyons, desire and the weightlessness of yearning.

"Grace Potter was a crazy idea to some people," Chesney laughs. "And you know, we decided to try it and had her on a plane 36 hours later with no clue how it was going to work. We come from different worlds, both musically and in terms of Vermont versus East Tennessee, but there is something so inherently soulful in how she sings and locks onto a melody. I knew if she got it, it would be magic - and it was.

"She went in the booth at 4 o'clock and was out at, no kidding, 4: 12. You get to a point where after a couple passes, you know it's magic - and why lose that? And it really is mesmerizing hearing her on that track."

Magic is something that can't be created on a schedule. Over the past 10 months, Chesney has gone in and out of the studio, creating only when the songs appeared and moved him, finishing tracks as they seemed to fit. What emerged is an album that is both grown-up and true to who he is at his core.

"As you move through life, you start to figure out that maturity doesn't mean getting old," Chesney explains. "It means you know more, are aware of more things and realize the impact your actions have on you and others. I can honestly say I'm not that different from the kid who came to Nashville with a head full of dreams and signed to Acuff Rose Publishing, eyes wide, not believing I would write with people like Whitey Shaffer and Dean Dillon.

"I've been lucky to have access to the best songwriters, the best musicians and they've allowed me to create some pretty powerful music. They understand the broader contexts I'm reaching for - not just in terms of playing, but emotionally. They like what I do, they bring me their best work, and I think that's part of why people have responded to the songs the way they have."

To hear "That's Where I Grew Up" is to understand it's not about trips through the calendar or school years, but the defining experiences that determine the man, just as "Reality" is about the yin-yang state of existence for anyone trying to make ends meet, but not be crushed by the daily grind.

"It's never as simple as flip a switch, go the beach, turn a corner," Chesney admits. "Sometimes you don't even realize the impact a moment's had on you - or the details that will come back to you later. You just suddenly know that you're different... just like you suddenly realize, this, whether it's a fast car, a beach bar or all the other things in the song, is a break from the pressures we all endure.

"It's never as simple as flip a switch, go the beach, turn a corner," Chesney admits. "Sometimes you don't even realize the impact a moment's had on you - or the details that will come back to you later. You just suddenly know that you're different... just like you suddenly realize, this, whether it's a fast car, a beach bar or all the other things in the song, is a break from the pressures we all endure. (kennychesney. com)