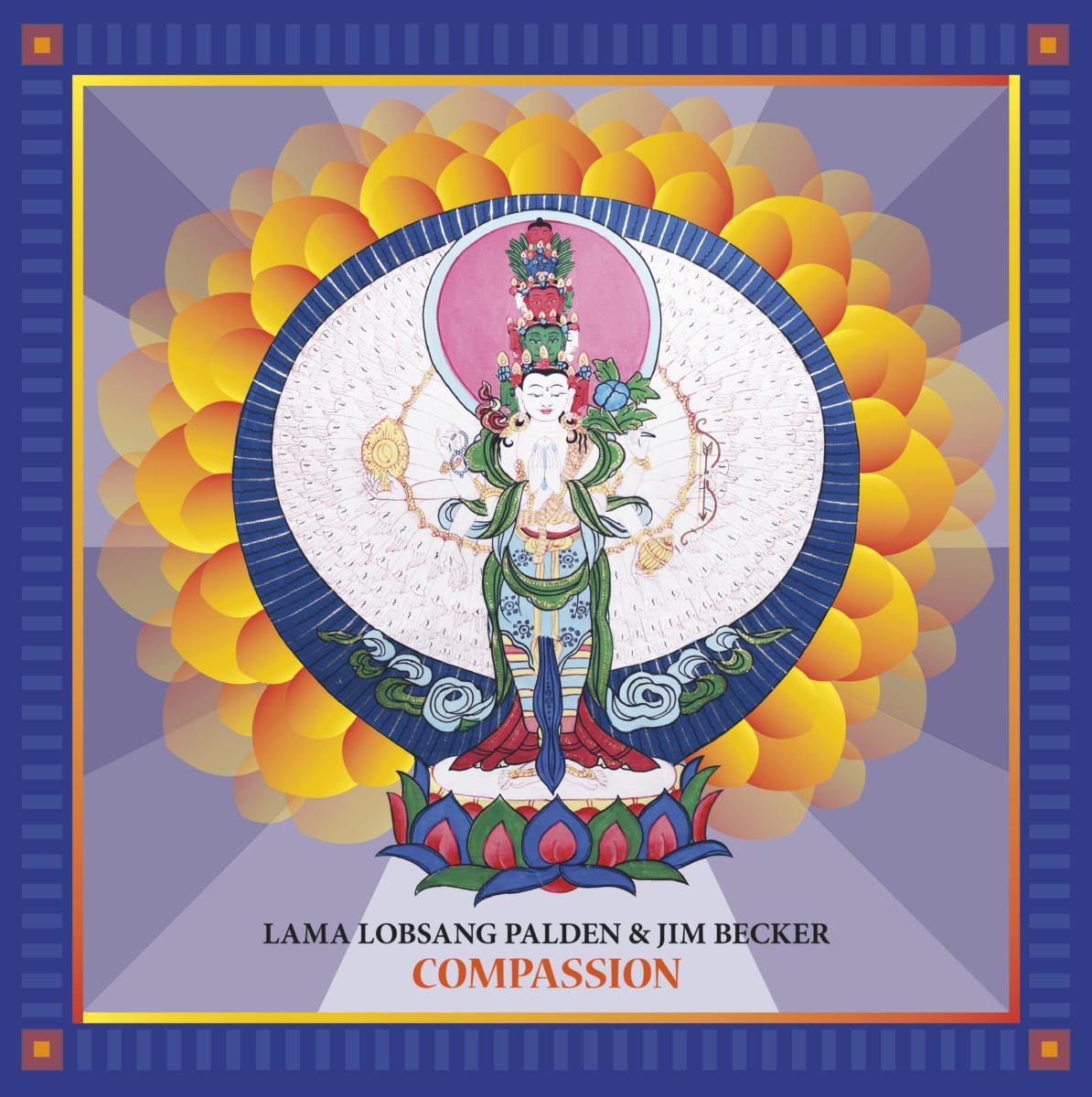 Compassion is a cycle of music born of the need for healing.
Jim Becker has been playing music for several decades, in Chicago and around the world, with lengthy tenures in Califone and Iron & Wine and many additional production and playing credits to his name.
Lama Lobsang Palden is a gifted energy healer, teaching Yantra Yoga and Buddhist meditation. As a young boy, he was recognised as a tulku - a reincarnation of a Nyingma guru yoga master. Following the path, he studied all aspects of Buddhist philosophy in Tibet and India and has taught meditation, yoga and the Buddhist Dharma all over the world.

The relationship that allowed Lama and Jim to make this record started with treatment, three years before the record was begun. Jim went to the Lama for healing, to address the many aches and ills that medicine couldn't seem to heal. As Jim was leaving his first session, the Lama said to him, "You and me, we make a record." In 2013, they began at Lama's house, recording on a Tascam Portastudio. Sessions stretched out over a year. Intent on an organic, acoustic sound-bed, Jim chose his instruments carefully, tuning to the drum skin or pitch of a gong. Lama's performances and Jim's accompaniment filled the first channels of a 4-track cassette tape, then tape after tape with more music, 450 minutes-worth by the end. As their horizons expanded, they included some sounds from the world outside, like rain falling and waves breaking.

With the first single, "Compassion", the Tibetan healing ritual experience begins. Tempo is strong amid chants, chiming gongs, rolling drums. Like George Harrison's Radha Krishna Temple production, this is a spiritual experience captured with rock studio techniques, an immersive dreamscape to carry listeners forward and help them use Tibetan mantra to transcend and relax their minds.