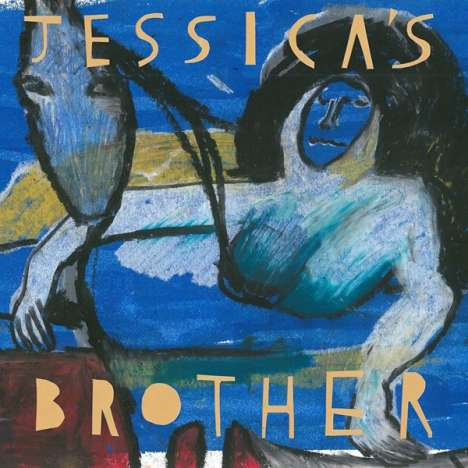 There are themes of joy, anger and silliness in a carefully crafted world with a colourful cast of characters. The trio formed in October 2016 and just nine months later they recorded the album with Laurie Sherman with input from Darren Hayman. A few other friends joined them including Dan Mayfield (Enderby's Room), who added a dose of Bad Seeds / Dirty Three vibes on the violin and Paul Rains (Allo Darlin'/Tigercats) on guitar. Tom Charleston's songwriting is influenced more by poets than other musicians, he cites John Ashbery, T. S. Eliot and Philip Larkin as inspirations. Ten startling individual vignettes tell their own stories from a variety of narrator's points of view.

»One Of The Guys«, about the toxic nature of being one of the guys in a predatory pack. »Overnight Horror« revolves around the macho-masculine nightmare where, as Charleston explains, »the world has gone head-over-heels shitward and the narrator is reduced to selling his daughter or his wife to stay alive. ›All The Better‹, is a hushed, eerie folk song exploring the melancholy and optimism of breaching adolescence and the limbo before a dulthood. Weaving a variety of influences from jangly indie-rock to gothic country and contemplative psych folk, Jessica's Brother create the sound of a band coming together and getting caught up in the rush of starting new and enjoyable.