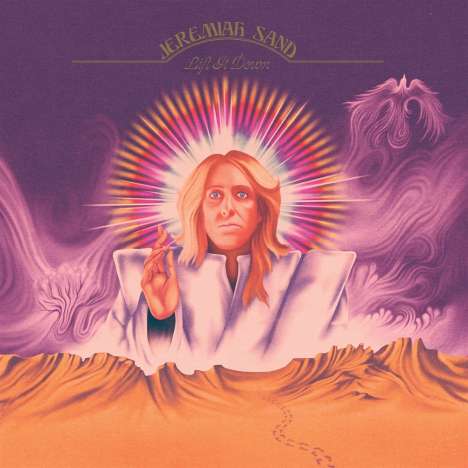 Weitere Ausgaben von Lift It Down

In 1974, Jeremiah Sand and his nascent cult The Children Of The New Dawn decamp LA for the Shasta Mountain region and Redding, CA. They set up shop, begin printing leaflets, hold gatherings and start growing their ranks through recruitment. By mid 1974, Jeremiah becomes obsessed with recording "his masterpiece"...a musical message to the world, communicating a "Truth" that only he has been given spiritual access to. His lieutenant Brother Swann overhears that there is a small recording studio just North of the city. He arrives one day at the reception with a large gym bag full of cash and instructs the owner to cancel all sessions on the books. Tents and rough structures appear on the surrounding property as the Children make the studio and its grounds their new home. A disgraced professor from the Electro Acoustic Music program at Evergreen state arrives with a full Buchla system he's "liberated" from the university, Jeremiah is entranced by it and for a few weeks the only sounds coming from the studio are blasts of atonal, corroded noise underpinned by ominous chanting. The mood changes. The town begins to turn against the Children. A few people have gone missing. Some teenagers. A studio engineer.

By the Spring of 1977, the entire session has broken down into hallucinogen and cocaine fueled chaos. Bad vibrations. One night in early March, after a particularly grueling mixing session, the producer and owner of the studio is startled awake by an extremely agitated looking Brother Swann. Swann is sweating and wild eyed, casually holding a gun, explaining to the producer that "plans have changed" and that Jeremiah has "heard a calling and a Great Summons". They are leaving. All of them. That night. Swann directs the producer to put the existing reels in a lock box along with a short 16mm film, lyrics, album art and scribbled notes. Swann tells the producer Jeremiah will be back to finish his masterpiece. It all goes in the box and it's not to be opened until the Children return. They never do.

In 2018, wildfires rip through Redding, CA and burn it to the ground. Over a thousand homes are incinerated. One rough structure north of the city is partially saved. There's a massive concrete basement filled with smoke and water damaged recording equipment and in the back...a lockbox.