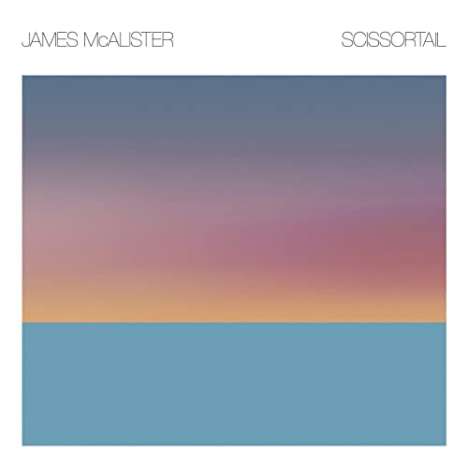 LA-based producer, composer, songwriter and multi-instrumentalist James McAlister is a rare creator, and highly sought after collaborator. Perhaps best known for his work with Sufjan Stevens, McAlister has also appeared on record with Lorde amongst many others, and is a regular contributor to Aaron Dessner's projects, including the latest albums from Taylor Swift, folklore and evermore.

His regular work with film music includes The Two Popes, The Big Sick, and Ron Simonsen 's recent films. In 2018 he joined Stevens, Casey Foubert, St. Vincent and Moses Sumney for the Oscar performance for music from Call Me By Your Name, where he played piano and a bottle of cupcake sprinkles. With nearly countless projects to his name, it was in 2017 that his collaboration with Stevens, Nico Muhly, and Bryce Dessner entitled Planetarium was released by 4AD. Around the same time McAlister started a deep dive into a personal sonic realm that has manifested as an ambient project under his own name. 2018 saw the release of Three Breaths , the first offering from this exploration.

2021 will see the second installment, an album called Scissortail which vividly puts McAlister's evolving master craft on display. It is a collection of moving, meditative, immediately satisfying and quietly stunning work. It is the sound of an artist letting go entirely of pre-conceptions or expectations, instead mining the depths of that very real and abstract place of sound, texture, color and feeling. Some songs arrive almost intuitively, while others feel mechanically made, fed through the framework of synthesizers and the patchwork of recording gear. And with that comes a compelling duality to the work; a machine grace informing the on-going but subconscious dialogue between energy and material, sensitivity and asceticism.