House And Land: Across The Field

House And Land
Across The Field
CD
CD (Compact Disc) 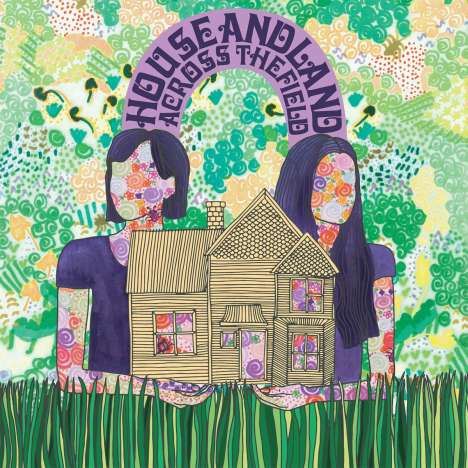 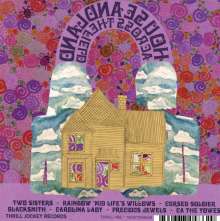 Weitere Ausgaben von Across The Field

House and Land is a North Carolina based duo whose guitar, fiddle and banjo abilities transform traditional folk forms from the familiar to the strikingly fresh. Their feminist interpretations of lyrics reflective of another time and attitude is both empowering and illustrative. Identifying with many songs’ message of close relationship with the land and principles of stewardship, the duo’s emotional connection is palpable in their hauntingly beautiful vocal harmonies. There is a reason these songs had and have deep resonance in rural communities which is made clear when delivered with such potency.
Guitarist/multi-instrumentalist Sarah Louise and fiddler/banjoist Sally Anne Morgan cull songs from Appalachia the Ozarks, and the U.K. and imbue them with a sense of themselves through careful arrangements, varied instrumentation, and lyrical reinterpretations. Their gorgeous sophomore album Across The Field is a work of bold artistry, drawing connections between the traditional and psychedelic through dexterous improvisation and deep appreciation of the living culture of their songs.

The history of each song on Across The Field spans far beyond Louise and Morgan’s own lifetimes, yet they still strike to the quick of what it means to be a human in the world. During the duo’s travels since the release of debut House and Land in 2016 they have met and played with the likes of British folk heroes Shirley Collins, Carole Pegg, and French hurdy gurdy master Emmanuelle Parrenin. These brief encounters served to reinvigorate the duo and reinforced the importance of using songs to connect people to the land and to the continuity of human culture. On Across The Field, House and Land have taken up the mantel of their elders with reverence and care, weaving fresh, resplendent, contemporary tales from disparate threads of the past.

»House and Land don't just make these songs their own: they effectively reclaim them, illustrating that they've always been theirs.​« (Pitchfork)

»[Sarah Louise's] voice is a sweet and tender contrast to Morgan's droning fiddle and her own rapturous 12-string leaps like a flame in a storm.​« (NPR Music)

»[House and Land's] settings are steeped in both a respect for the material's traditional nature as well as a desire to bring out the songs' latent potential for experimentation.​« (Bandcamp)