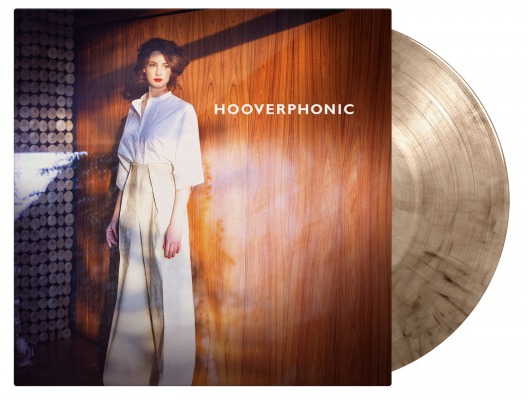 * Limitiert auf 1000 Exemplare
*** Gatefold Cover
On »Reflection«, Hooverphonic's second album with vocalist Noémie Wolfs, they return to a natural analog sound. Alex Callier and Raymond Geerts didn't just want to record in a studio, but at fans' homes to get the specific reverb »Reflection« that these songs required. Therefore, in early 2013, Hooverphonic launched an appeal to their fans to enroll potentially unique homes in the ambitious concept of »Hooverdomestic«. Ultimately, 5 locations were selected, four in Belgium and one in France. The result is the most infectious and cheerful album Hooverphonic has ever made. In addition, Noémie Wolfs is assisted on the album by 3 new vocalists / instrumentalists, who give an extra sense of space to the songs on »Reflection«. Available as a limited edition of 1000 individually numbered copies on smoke colored vinyl.