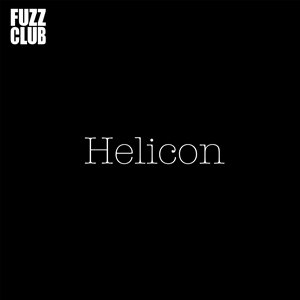 * DMM - Direct Metal Mastering
Available on black vinyl. Following this year's 'This Can Only Lead To Chaos' LP, Glasgow's Helicon are gearing up to release a Fuzz Club Session.

Recorded live at Dystopia Studios with their trusted producer Luigi Pasquini (Trembling Bells, The Cosmic Dead) and released on 180gm vinyl alongside a series of videos, the LP captures the band's heady psych-rock sound at its finest: a far-out amalgamation of strung-out sitars, riotous walls of fuzzy feedback and cosmic synths that's all bolstered by the live energy that the band are renowned for and has been impossible to justly capture on wax, until now.

As well as comprising tracks from their recent full-length, 'This Can Only Lead To Chaos' - 'The Sun Also Rises', 'In The End', 'Sound of Confession' (complete with a mesmerising piano intro) and 'What You Love Will Kill You' - the Fuzz Club Session also features two previously unreleased songs, 'Permo' and 'Il Bacio Di Guida'.