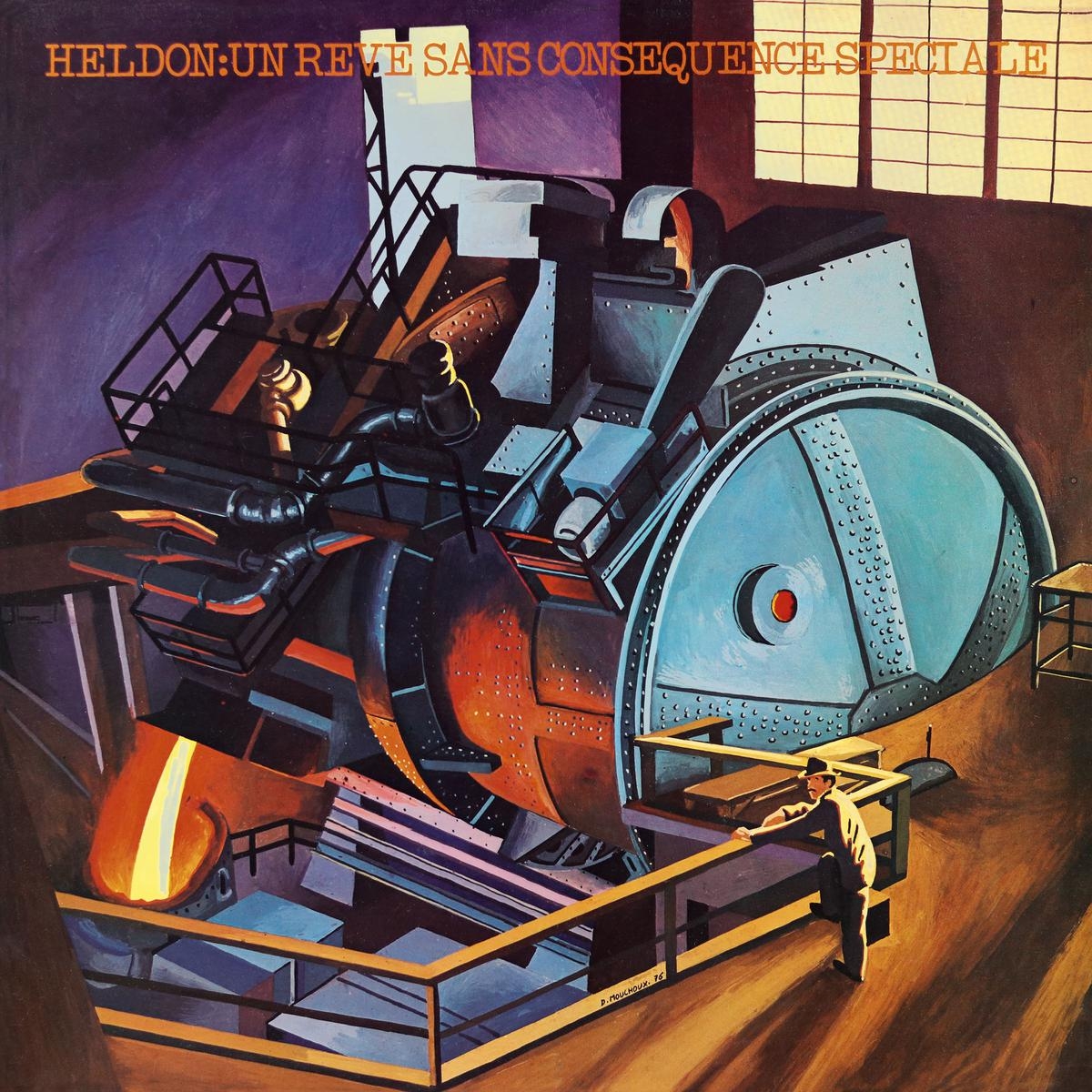 Heldon's Richard Pinhas has never been shy of pinpointing his influences while, at the same time, making music that is noticeably distinct from any of his designated sources. He has, for instance, made it clear that a significant font of inspiration was Robert Fripp's guitar style and melding of rock music with cutting-edge electronics (especially in collaboration with Brian Eno). Indeed, Heldon's fifth album - 1976's Un Rêve Sans Conséquence Spéciale - was named after a live bootleg of a King Crimson concert.

Pinhas first met Fripp in 1974. The pair became friends, and have remained in contact ever since. Pinhas was even offered a deal with E. G. Records, the company that oversaw King Crimson alongside other successful groups like Roxy Music and ELP. »That was a dream«, says Pinhas. »But when you are 22, you are in a hurry. They asked me to wait one or two years before joining the team. I couldn't wait two years! At 22, two years is too much.«

Instead, Pinhas forged another path. He launched his own label, Disjuncta, which he later sold to purchase the Moog synthesiser that would make a huge difference to Heldon's sound. inhas ake a huge difference to Heldon'#s n beard of Daniel P Carterd, hem with open arms, a bottle of agnet 's sound. The instrument's previous owner happened to be Paul McCartney. »We didn't see McCartney«, Pinhas says of his shopping trip to the UK. »We just dealt with The Beatles' technical guys. At this time, we learned it was McCartney's Moog. So what? It was very rare to get one. It was expensive. I love The Beatles, but to be honest I prefer John Lennon.«

Musical benchmarks aside, Heldon's output also drew from radical science fiction (Philip K. Dick, Norman Spinrad, etc.) as well as philosophy. The sleeve of the fifth LP features a quote from Pierre Klossowski's Nietzsche and the Vicious Circle (1969). The book had profound impact on thinkers such as Jean-François Lyotard, who was Pinhas' PhD supervisor at the Sorbonne, and Gilles Deleuze, another mentor and friend to Pinhas right up until the end of Deleuze's life.

Pinhas compares his readiness to signpost his influences to citations in academic publications: »In the field of philosophy at university, it's a normal thing to do.« Besides, Heldon never represented a mere facsimile of Pinhas' musical touchstones: King Crimson, Jimi Hendrix, Miles Davis, or Frank Zappa. »I don't want to be them, of course. I don't feel there is a real relationship between King Crimson's music and mine. I think Crimson is much better!« Some listeners would beg to differ.

Heldon was always its own beast and by 1976 it was thriving and roaring like never before. More work was being completed in a proper studio, the ex-Beatle's Moog helped strengthen the sound and direction, and Pinhas' rotating cast of collaborators was solidifying into something resembling a regular line-up, with François Auger on drums and Patrick Gauthier on synthesizers.

The result was a darker, heavier, and more intense sound. The LP opens with the prog-gone-skronk onslaught of Marie Virgine C, sounding rather like Robert Fripp being sliced into bloody chunks in Thurston Moore's basement. Auger is the star of Elephanta, in all its Moog-assisted polyrhythmic glory. On side two, MVC II offers six minutes of sinister dystopian squelch rock. It's followed by Toward The Red Line, an epic piece conceivably serving to connect the dots between Hawkwind's most freeform passages and the Detroit techno innovations of the coming decade. Needless to say, Heldon's influences had been transcended.