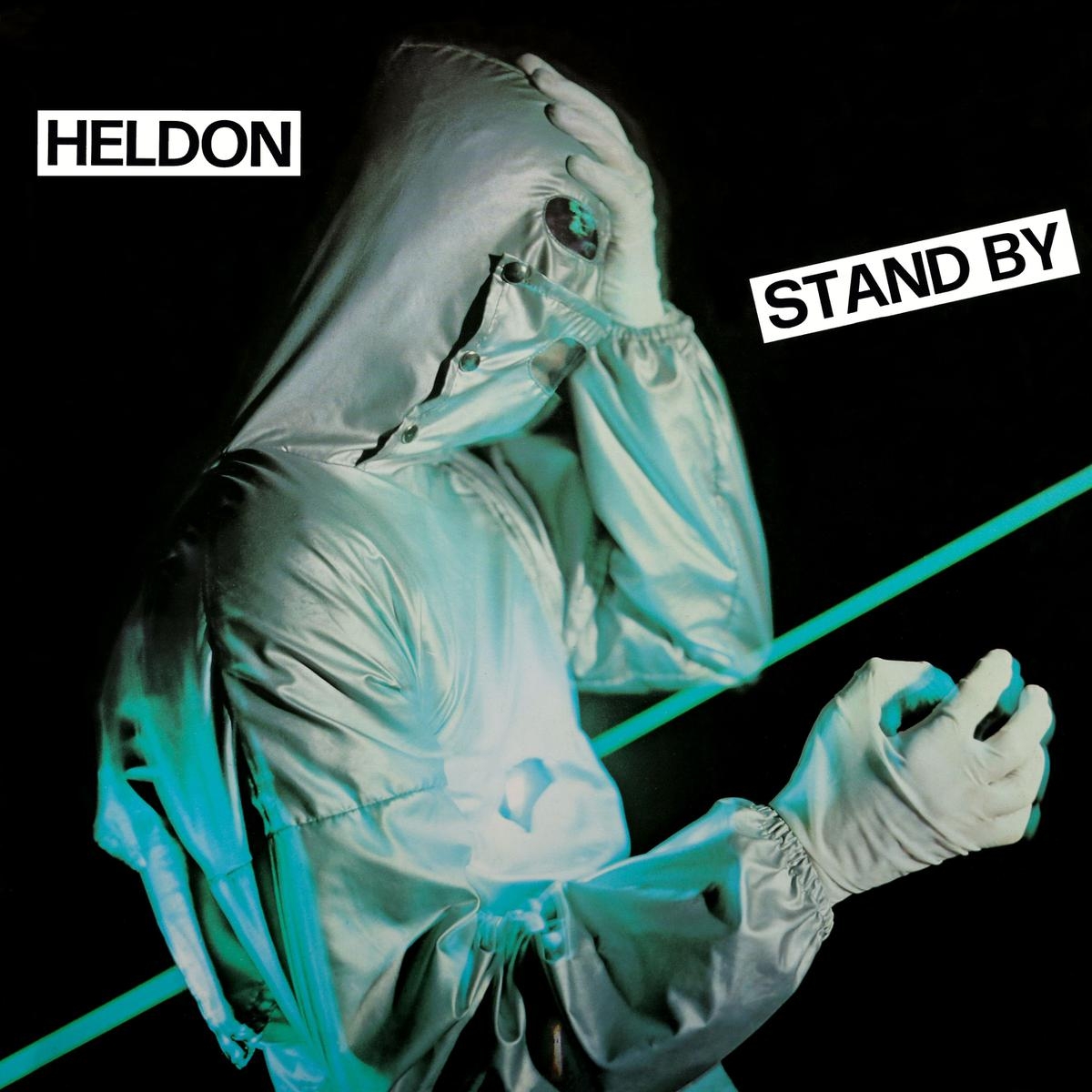 Stand By was Heldon's seventh and final album of the 1970s. Afterwards, Richard Pinhas focused on solo LPs before quitting music for around a decade. »It was the end of the tale«, he explains. »We decided to split for many reasons. The main one was that one or two of the other musicians wanted to stop. They were session musicians, mainly. At one point they said they didn't have so much time to give. And it was a time when a lot of bands who had become reluctantly successful decided to split. It was a vision. It was stupid, but it was a vision. Split at the top, not waiting to go down.«

Heldon certainly went out on a high. Stand By's mood remains urgent and gripping throughout, fashioned via immense synthesizer sounds, a plethora of interweaving drum patterns, spiralling guitar chops and lurching riffs. It's been likened to krautrock, yet Pinhas never paid attention to the German scene. There are other similarities to parallel innovations that John Carpenter was making in the field of sci-fi / horror soundtracks. The hazmat-suit-wearing figure on Stand By's cover could have starred in such a movie.

The LP's unearthly vocals were provided by Klaus Blasquiz of Magma. »He was a real friend«, says Pinhas. »We had a blues band together. We played the clubs for two years, without making albums. Then he joined Magma in 1969. My cousin is Stella Vander from Magma, so Christian Vander was my cousin-in-law. A lot of musicians from Magma came to Heldon, and vice versa. We were two bands that everybody hated because of the music we played. We didn't do rock 'n' roll. We didn't do blues. Still, after fifty years they only remember bands like Magma and very few others.«

Some progressive musicians of the 70s felt threatened by the rise of punk. Not Pinhas. As producer, he worked with French punk acts like Asphalt Jungle. No, Pinhas was more troubled by wider world developments. These miseries played their own part in Heldon's demise. »By the end of the 70s, times had changed«, remembers Pinhas who as a young man had taken part in the Paris riots of 68. »We recorded Stand By in '78, going into '79. It was the last one of this very revolutionary era. Politics had all shifted to the right with your Maggie Thatcher and, in America, that very bad actor. They started the bullshit of neoliberalism that we have to live with now, everywhere. We're going to be in a very fascistic world within twenty years. Not even that long. The initiation of this change came with Reagan and Maggie. It started in the 80s.«

Stand By was recorded at Studio Davout, the Parisian home to recordings by everyone fromàKarlheinz Stockhausen to Johnny Hallyday. That, too, has fallen victim to brutal economics. It was demolished in 2018. »They destroyed the main historical studio in France to put up a supermarket!«, says Pinhas. »It was a place where a lot of things happened. Musicians were working all night long. You'd visit musicians who were working in another studio. It could've been a museum for music. They destroyed everything. But that's capitalism.«

Speaking in 2019, Pinhas sees only further global catastrophe around the corner. In the long run, this won't necessarily be a bad thing. »Maybe humans can disappear and other species can come in«, he suggests. »It can be a new start for the planet, one without humans. Maybe plants instead? Your next interview, in two years' time, will be with plants.«

Will these plants produce such wonderful music? We'll have to wait and see. Stand by.