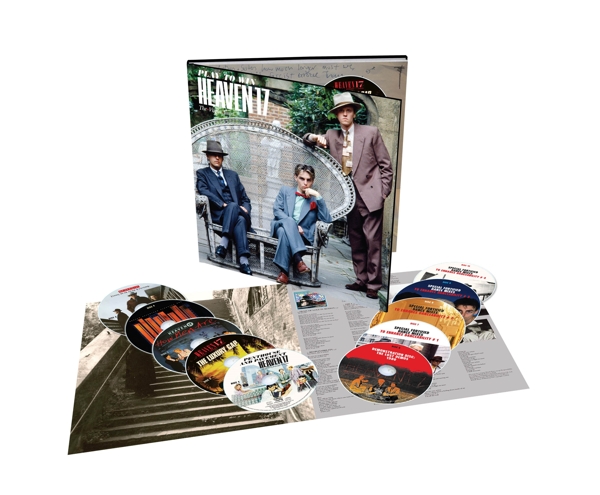 *** Hardcoverbook (LP-Format)
• Original members of Sheffield’s Human League, Martyn Ware and Ian Craig Marsh left after the first two albums and formed Heaven 17 in 1980. Named after a fictional band in Anthony Burgess’s “A Clockwork Orange”, they recruited Glenn Gregory on vocals (who had been the original choice for lead singer of the Human League).

• This 10 CD set includes the five original albums that the band recorded for Virgin Records, along with over a hundred bonus tracks: non-album A- and B-sides, 7” edits, US edits, instrumentals, 1980 demos, and four CDs of 12” remixes (many of which only saw very limited release).

• Housed in a 12” x 12” album-style book, the set will also include a 36 page 12” x 12” booklet with the lyrics, credits, photos, and ephemera from the band’s collection, and brand new annotation, based on new interviews with the band.