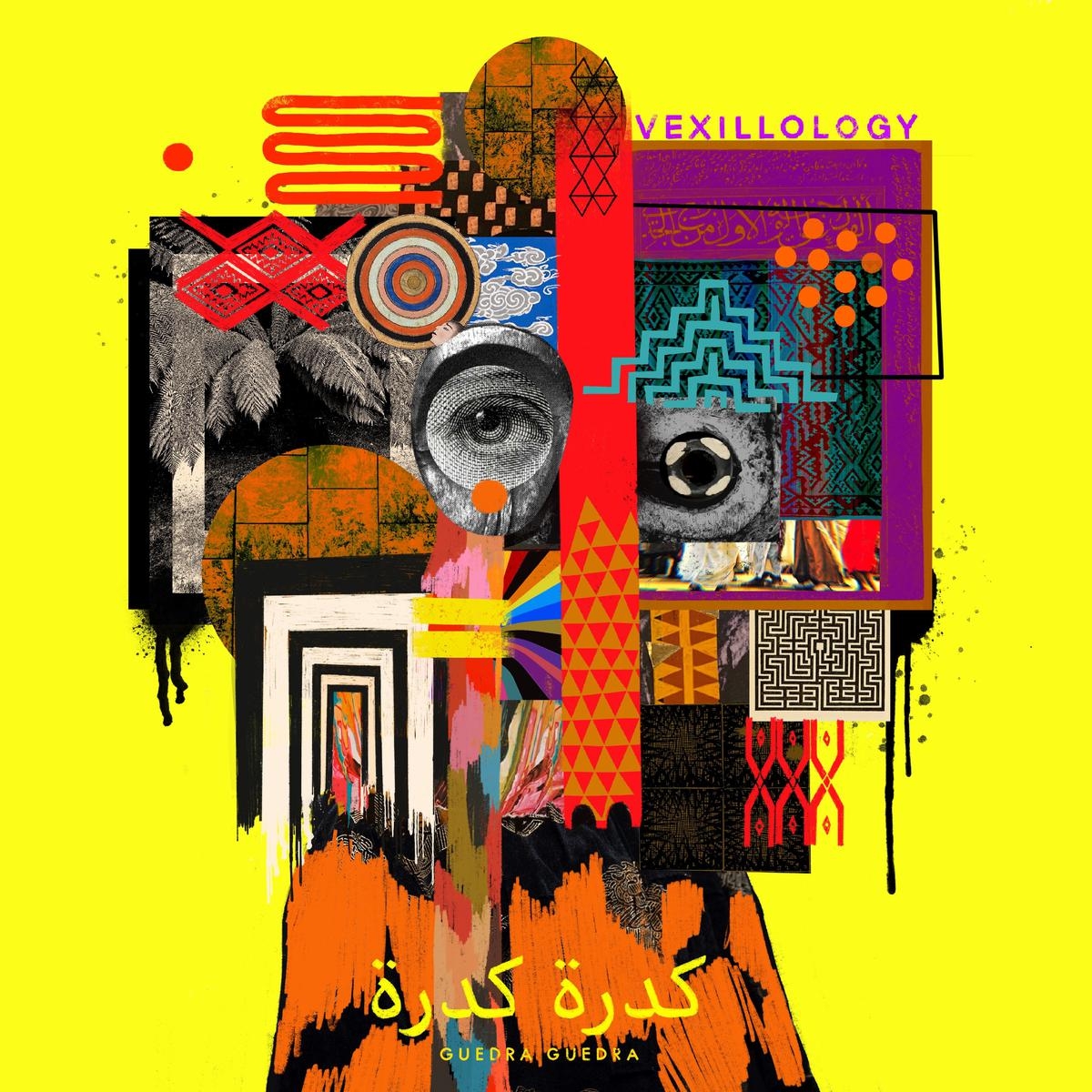 Guedra Guedra presents Vexillology, an elevation of tribal consciousness and futurism from underground musical universes. The album offers listeners an immersive experience made from hypnotic and rhythmic arrangements, rooted in ancient culture. Referring as much to Sub-Saharan as to North African cultures, Guedra Guedra presents a synthesis of his pan-African appreciation and a full immersion into the traditional rhythms of these lands, especially within the Berber culture which is found in countries such as his home of Morocco, and across Tunisia, Algeria, Libya, Northern Mali, Northern Niger and beyond. The body of work is a complete celebration of cultural roots and future bass, bubbling in hotbeds of the global underground. Guedra Guedra is synonymously known for his ability to explore tribal rhythms and instruments of the past, as well as dancefloor innovations from contemporary underground scenes.

For Vexillology and in true Guedra Guedra style, a myriad of immersive recording techniques were applied. The album is built upon a multitude of field recordings capturing live and 'in the moment' cultural happenings, encountered in everyday life, at tribal festivities and also on his travels. By also using video in his field recordings, Guedra Guedra enables himself to encapsulate the heat and entirety of the moment, applying this 'moment' and evolving it into his productions.