Groundhogs: Thank Christ For The Bomb 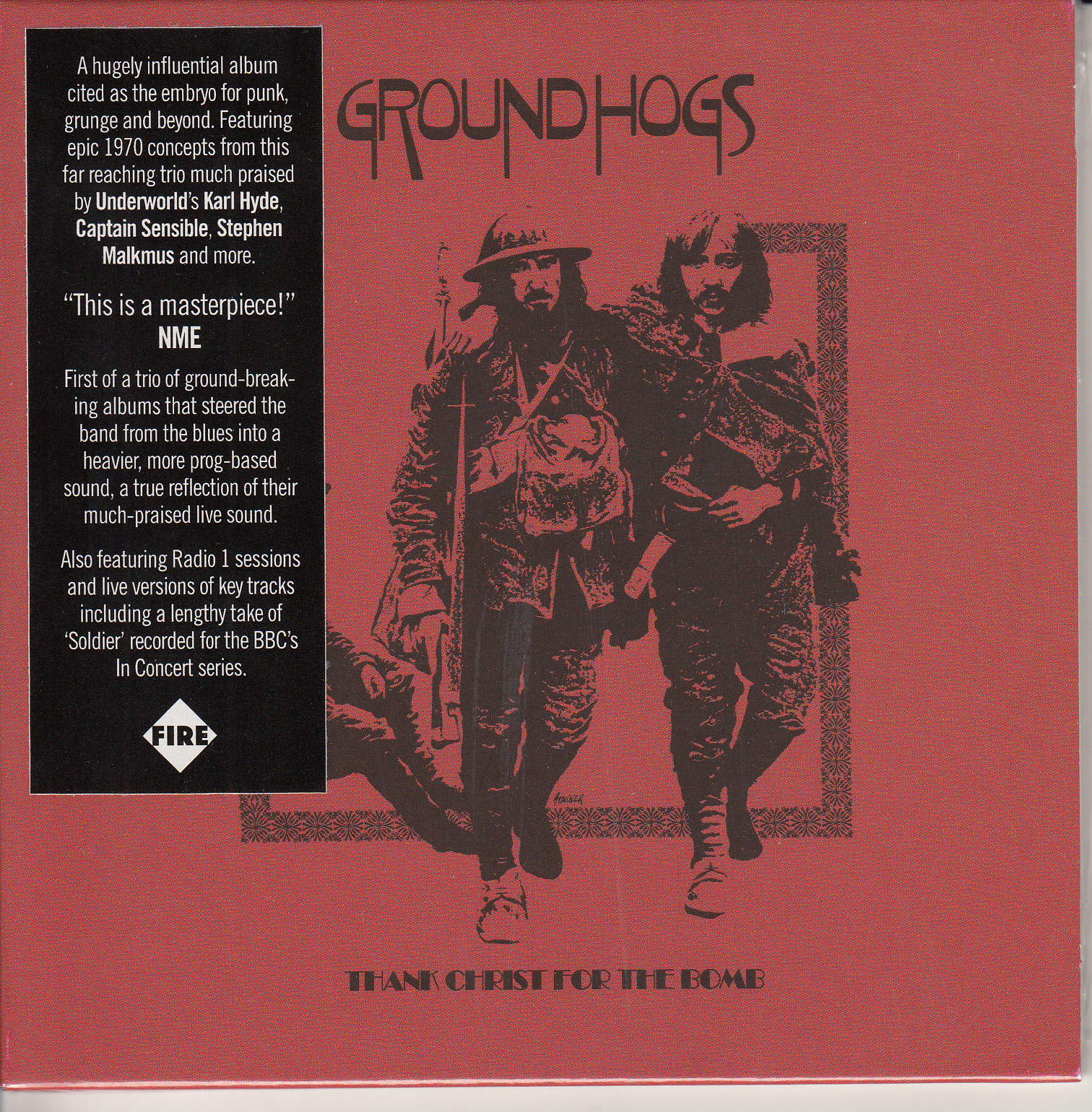 Celebrating its 50th Anniversary, »Thank Christ For The Bomb« is released with bonus tracks on CD. A hugely influential album cited as the embryo for punk, grunge and beyond. Featuring epic 1970 concepts from this far reaching trio much praised by Underworld's Karl Hyde, Captain Sensible, Stephen Malkmus and a host of others.

»Thank Christ For The Bomb« is a visionary tale of cold war fear, alienation and everyday drama. »This is a masterpiece!« New Musical Express. A thinking man's rumination on alienation, the album is a game of two halves; side one tackling the thermo nuclear threat while side two traces riches to rags alienation in everyday London. Also featuring Radio 1 sessions and live versions of key tracks including a lengthy take of »Soldier« recorded for the BBC's In Concert series.