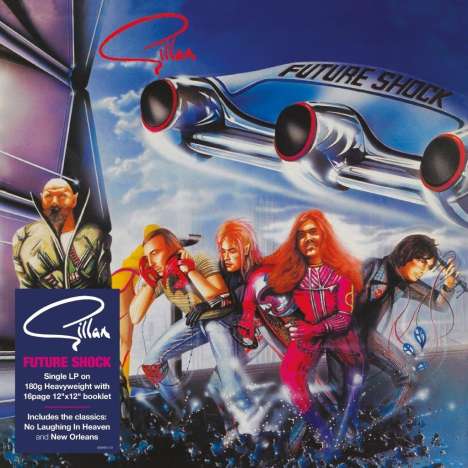 This CD features the original album (which included two of the singles) and eight bonus tracks, including the other two chart singles along with the singles’ many non-album b-sides.

The huge booklet features all the amazing sci-fi paintings from the original 16 page 12x12 booklet that came with the LP. It also contains a transcription of a short play by Ian about the nuclear holocaust originally printed in the extremely limited edition booklet that came with initial copies of “Mutually Assured Destruction”.