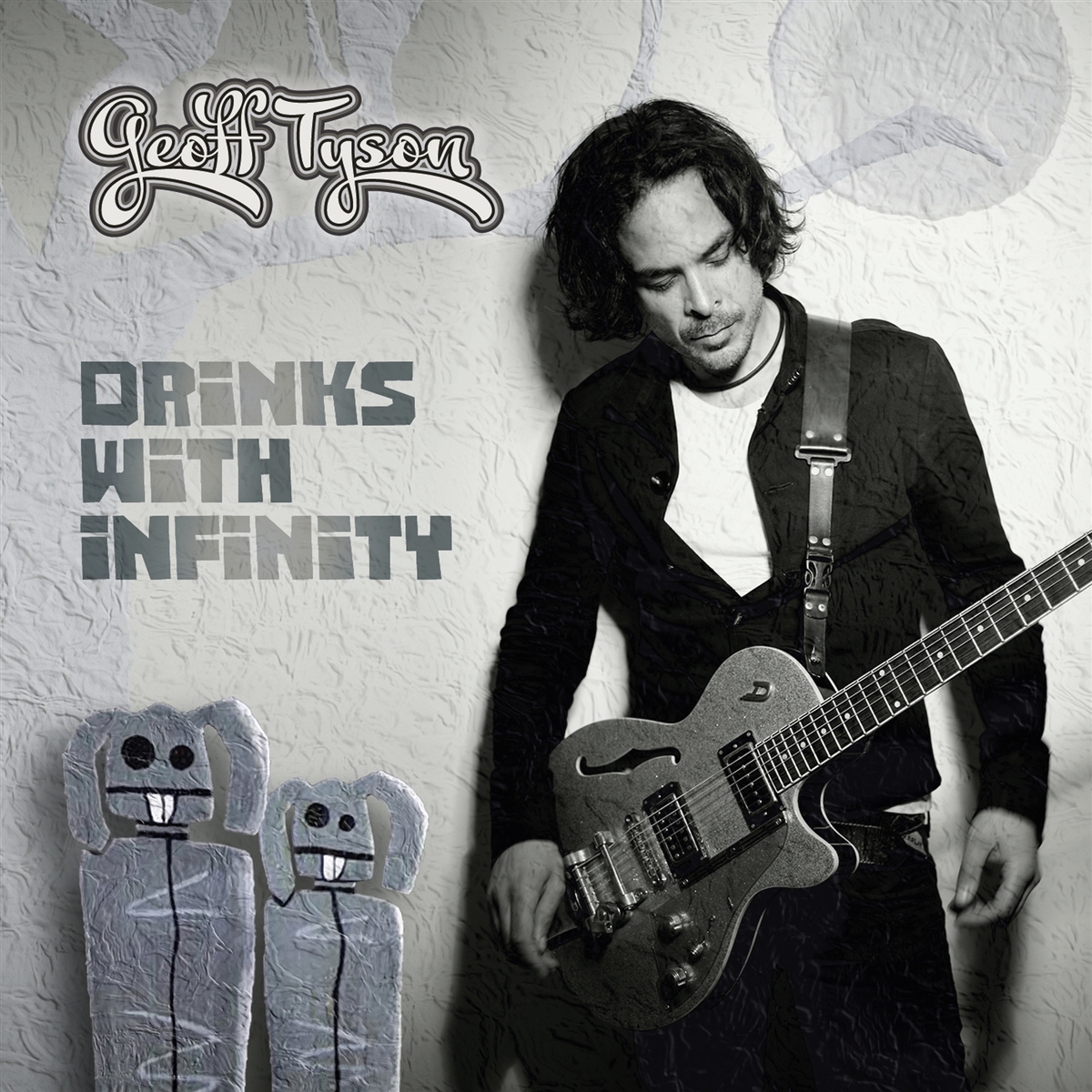 Acclaimed American guitarist Geoff Tyson will release his first instrumental guitar album on CD, vinyl and digital download.
Distributed by Cargo Records, Geoff is getting back to his guitar-hero roots with a cutting-edge guitar instrumental album with sounds ranging from blistering rhythm and solo performances, to production vibes that range from heavy rock, to 1980's Brit-pop.

Geoff recorded and produced the album himself, drawing from his years of experience writing and producing for countless artists, and writing music for HBO, MTV, Disney, and the UFC. "Guitar was my first love," reflects Geoff. "I first met Joe Satriani when I was 13 and he helped to develop my passion for playing guitar. I soon became one of his favourite students, alongside Alex Skolnick, Steve Vai, Kirk Hammet and Charlie Hunter." "Satriani and I met weekly for about 2 « years, and he became my mentor and inspiration, always challenging me to do something unique and personal. It's a lesson I have applied to all aspects of my musical endeavours. Over time, as popular music trends changed, I evolved into a singer-songwriter, recording engineer, producer, and recording studio entrepreneur." "After much encouragement from Satriani and fans, I decided to finally do this instrumental guitar album. Guitar music has changed over the years, so I did a lot of internet research. Wow, there is so much talent in the world today! I knew I had to create something that encompassed my experience and skills." "For my main instrument, I experimented with a variety of guitar brands, pickups, necks, and wood types. I eventually chose something that was definitely not a shredder guitar, but rather a hybrid that was a bit difficult to play. You can hear me struggling with the instrument on the recordings which I feel gives it a feeling of intensity. The rediscovery of the instrument was cathartic, and a big part of the artistic process."

"As a producer, I love the old classic rock albums, but I also love classic and modern synth and ambient styles. When I was a kid, all the metal guys secretly had Depeche Mode, Duran Duran, and Blondie albums in their collections. These styles influence my tastes to this day. Good music is universal. My new album has elements from decades of these great musical styles."

"I partnered with the great Czech drummer Eduard Štěpánek (Dymytry, Abraxas) and recorded it at home and at various Prague recording studios. Recording and producing it on my own gave me the freedom to experiment and get really wild with things."

"Great songs and stellar playing. Interesting production and mixing ideas too, making it all a fun musical ride." - Joe Satriani