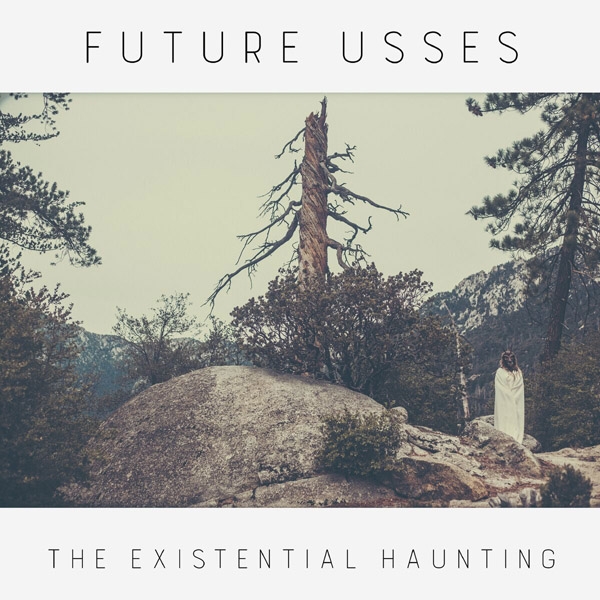 L.A.'s FUTURE USSES deliver an astounding instrumental record of devastatingly heavy, oppresively slow, yet shimmery and lush sludge-paced rock, run through a filter of nightmarish psychedelia. It's hard to believe that »The Existential Haunting« is really a debut album... the Three-piece's sound comes across too shrewd, too canny and too sophisticated. But while FUTURE USSES have really only played a handful of shows in their short career, main songwriter Sacha Dunable has been a member of INTRONAUT for almost 15 years, and dabbled with various doom metal projects over the years, like BEREFT (LA).

FUTURE USSES takes small elements of what those bands do and magnifies them, combining the slow-motion crushing power of doom with the atmosphere and dense harmonic tendencies of INTRONAUT. Drums and guitar were recorded at Clearlake Audio with Josh Newell (INTRONAUT, CYNIC), Derek Donley (INTRONAUT, BEREFT) and bass with Jon Nunez (TORCHE), all in Los Angeles. Mixing was done by CONVERGE'S Kurt Ballou at God City Studio. FUTURE USSES lavish guitar sound is built around live guitar loops, »which presents a whole set of limitations but also virtually endless opportunities«, Sacha Dunable comments. »The beautiful thing about making an instrumental record is that you're not obligated to impose any specific literal message onto the listener, but rather to concentrate on setting a vibe that can be interpreted or personified naturally through the power of their own imagination.«