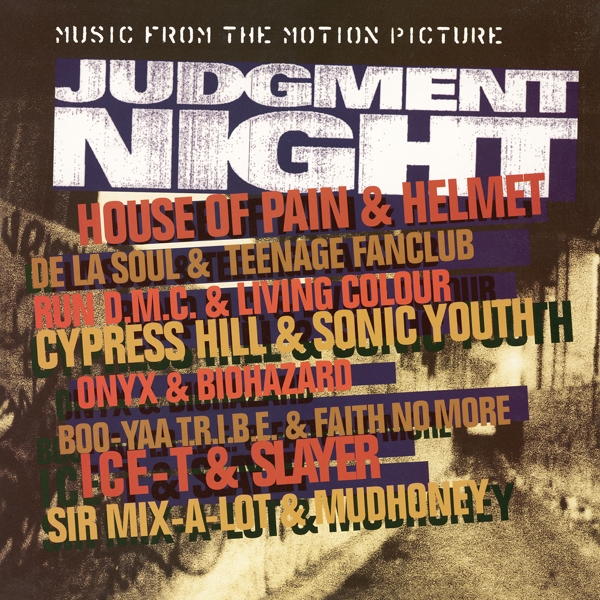 * Limitiert auf 5000 Exemplare
The 1993 film »Judgment Night« was basically suburbia's paranoid view of inner-city life, where the slightest misstep (such as trying to take a shortcut to a boxing match) has fateful, if not fatal, consequences. And what better music to accompany this middle-class nightmare than a hybrid of the music suburbanites seemed most afraid of; Rap and Rock. It turned out to be quite a fruitful collaboration; while the film bombed, the soundtrack went gold.

»Judgment Night« spawned four singles: Biohazard & Onyx's »Judgment Night«, Helmet & House Of Pain's »Just Another Victim«, Teenage Fanclub & De La Soul's »Fallin« and Faith No More & Boo-Yaa T. R.I. B.E.'s Another Body Murdered«. It also features a highly sought after collaboration between Pearl Jam & Cypress Hill. Ice-T and Slayer manage to thrash it out on an unsurpassed level, while Sonic Youth & Cypress Hill have that slightly paranoid sound you get from loving Mary Jane a little too much.