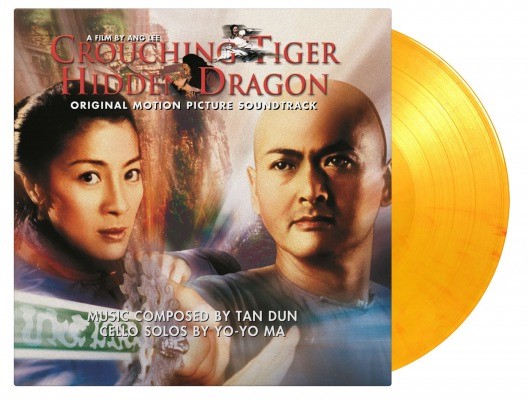 The soundtrack was awarded at the Academy Awards, Grammy's and BAFTA Awards. The score was also nominated for a Golden Globe. The score was composed by Tan Dun, originally performed by Shanghai Symphony Orchestra, Shanghai National Orchestra, and Shanghai Percussion Ensemble. It also features many solo passages for cello played by Yo-Yo Ma. The »last track« (»A Love Before Time«) features Coco Lee. The orchestra's string section was accompanied by traditional Chinese instruments such as the bamboo flute and hand drum, and an ethnic Miao group. Dun is now a winner of today's most prestigious musical honors including the Grawemeyer Award for classical composition, a Grammy Award, an Academy Award and Musical America's »Composer of The Year«.

This wonderful release is available as a limited edition of 500 numbered copies on »Flaming« coloured vinyl. The package includes a 4-page booklet.