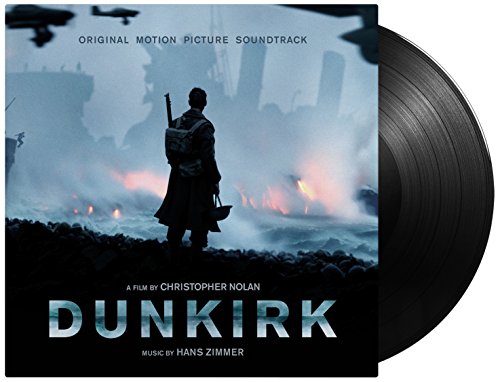 The movie focusses on the evacuation of Allied soldiers from Belgium, the British Empire, Canada, and France, who were cut off and surrounded by the German army from the beaches and harbor of Dunkirk, France, between May 26 - June 04, 1940, during the Battle of France in World War II. The score is composed by multiple award winner Hans Zimmer (Interstellar, Batman V Superman, The Crown).

On 5 April 2017, Zimmer revealed that he was nearly finished with the score, and that it would be complete by the start of his Hans Zimmer Live on Tour shows in May. For the purpose of intensity, the script was written to accommodate the auditory illusion of a Shepard tone, which had previously been explored in Nolan's 2006 film The Prestige. This was coupled with the sound of a ticking clock, that of Nolan's own pocket watch, which he recorded and sent to Zimmer to be synthesized.