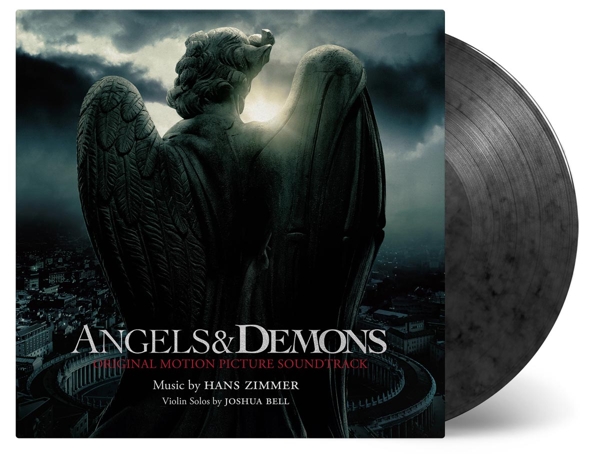 Angels & Demons is a 2009 American mystery thriller film directed by Ron Howard and written by Akiva Goldsman and David Koepp, based on Dan Brown's novel. It is the sequel to the 2006 film The Da Vinci Code, also directed by Howard, and the second installment in the Robert Langdon film series.

Tom Hanks reprises his role as Professor Robert Langdon. The film was a huge box office success. Like its predecessor, the movie created quite some controversy and due to its »critical stance« towards the Catholic Church, Angels & Demons was banned in Samoa. Multiple awards winner Hans Zimmer composed the score for Angels & Demons.

He chose to develop the »Chevaliers de Sangreal« track from the end of The Da Vinci Code as Langdon's main theme in the film, featuring prominently in the tracks »God Particle« and »503«. The score is considered one of his best, with »160 BPM« becoming a true classic and favourite Zimmer tune.

The soundtrack features violinist Joshua Bell on most tracks. A sequel, titled Inferno, was released in 2016.