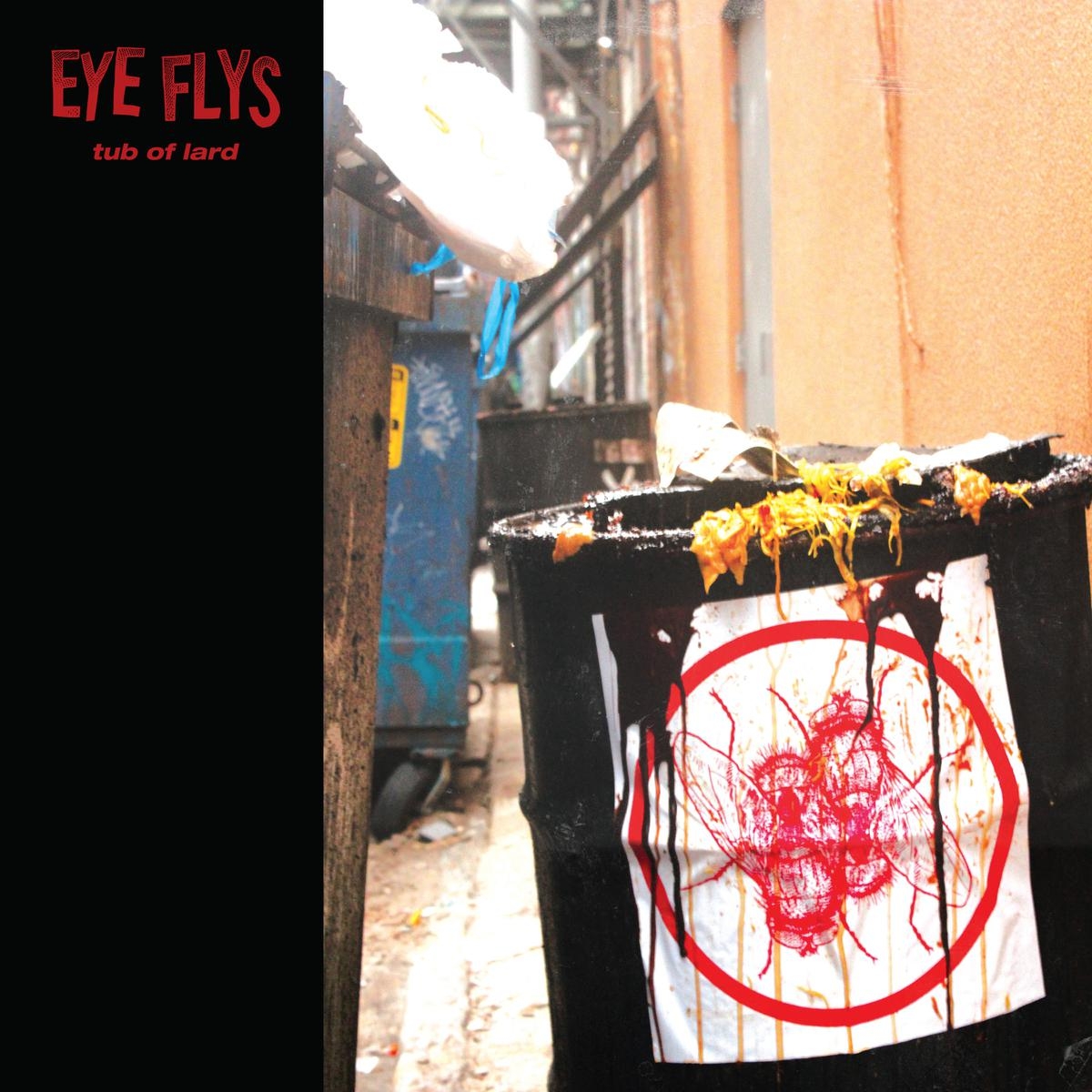 In just over a year since their initial inception, Eye Flys have established themselves as a force beyond reckoning. Their debut full-length Tub of Lard is stunningly potency full of piss and vinegar, scientific in its ability to pulverize everything in its path. Due in part to the considerable pedigree of the band's lineup (including members of Full of Hell, Backslider, Triac), the east coast-based quartet chew through steel-barbed riffs and off-kilter rhythms with exponential force.

Their 2019 debut EP Context set an early precedent for just how lean and ruthless they can be. On Tub of Lard, Eye Flys launch that potential into 10 songs of maximum impact that find both raw power and subtlety in their simplicity. Written during the summer of 2019, in between U.S. tours with the likes of Daughters and Torche, anxiety, agnosticism, distrust, and psychedelics are all invoked to question reality both personally and globally. The album's themes are unified by Jake Smith's search for deeper meaning in the chaos and uncertainty of the world, happy to demolish any opposition along the way.

Though the band's members live spread throughout the east coast, Tub of Lard took shape collaboratively. Smith took on laying down the framework with drummer Patrick Forrest, while guitarist Spencer Hazard added riffs of his own, as well as layers of noise and texture that embellish the band's penchant for reckless abandon. The gravelly muck-laden basslines by Kevin Bernstein, who also recorded the album at his Developing Nations studio in Baltimore, are handily interwoven beneath the pummel of Patrick Forrest's drums into buffets that feel almost dizzying. Searing through the ensemble's taut rhythmic fray is Smith's bark, deftly riding the line between infuriated sceptic and maniacal punisher. Across Tub of Lard Eye Flys' merciless sound coalesces through a constant push and pull that leaves every moment thrilling: direct, hypnotic blunt-force grooves that twist and fray into feedback and oblivion.