Evie Sands: Get Out Of Your Own Way 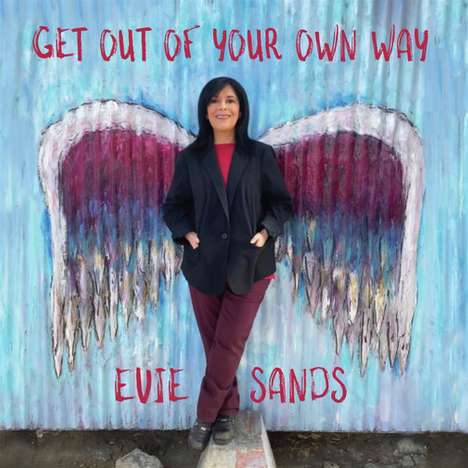 Weitere Ausgaben von Get Out Of Your Own Way

Evie Sands is a »Legend-In-Her-Own-Time« which may seem an extravagant claim, but this certifiable, blue-eyed soul icon is the real deal. Evie's a multi-faceted talent who possesses a one-of-a-kind voice, tastefully succinct instrumentalist, song-crafter with an enduring sampled catalog, and that rare anomaly - female producer in a male-centric industry with the gift of alchemy to conjure musical magic whenever she ventures out and casts her spell.

Johnny Cash described her thusly: »She's got the stardust in her eyes, she's got silver bells in her voice and you'd think she's got electricity in her fingers the way she plays that guitar left-handed and upside down.«. And there's a laundry list of interpreters who have dipped into Evie's song bag from Barbara Streisand to Tom Jones, Gladys Knight, Missy Elliot, Beth Orton and Beck. Evie's captivating story began recording professionally while she was still in her single digits, waxing as a teen for Leiber and Stoller's Blue Cat label as part of the Brill Building legacy, torching Northern Soul rare grooves (»Billy Sunshine«, »Picture Me Gone«), buoyantly bobbing hits (»Anyway That You Want Me«, »I Love Makin' Love To You«, »A Woman's Work Is Never Done«) and definitive versions of classics (»I Can't Let Go«, »Take Me For A Little While«, and »Angel of The Morning«). Music is Evie's life's oxygen; her MO has been boundless passion, infinite creativity and DIY savvy. Evie is forever committed, involved and prescient.

And never more so than on, Get Out Of Your Own Way, Evie's upcoming record release. On it she sounds as vital, vibrant and seductive as ever, stirring the senses with her transcendent taste, intimate sincerity and innate sensuality. It's a wall-to-wall confident masterwork that beguiles you to give it a spin, turn it over and repeat. Unabashed Rock, POP and Soul fused via Evie's distinctive sensibility with her colorful palate of instantly addictive, indelibly melodious songs that continually surprise, moving fluidly and cohesively from first power chord to last ringing strum. Her signature liquid vocals slice a path through the ether. The band's sum-of-the-parts adroit and cogent playing, siren harmonies and imaginative arrangements stroke and tickle the ear with symphonic caress. It's all irresistibly and thoroughly groovy - the result of Evie's inner child being set joyously free where anything goes and everything is possible. Music making that seems simple, but is ingeniously conceived, skillfully rendered and organically positive; simultaneously fresh and familiar and in full flight.

Evie/Band await the way forward when they can be socially present to share with audiences their song bag chock full of Evie-penned song gems. Response to their recent live shows has been unanimously ecstatic, marveling at Evie's eternal charisma and teenage energy. Evie's eloquent, emotive and eternally poignant music continues to evolve, blow minds and find fresh admiration with each new wave of discerning ears. Evie could well be this year's model as her defiant spirit, timely inspiration and the band's dynamism is exhilaratingly evident on disc and in live performance. Evie Sands is a musician's musician qualified for lionization at this juncture in our culture - Are You Ready?