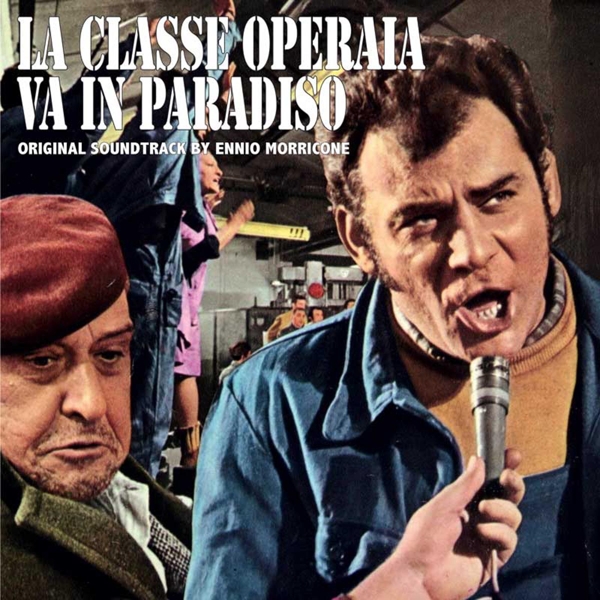 Originally released in 1971 by the almighty RCA Italiana a Classe Operaia Va in Paradiso' was another strike for Maestro Ennio Morricone, one of the most in-demand composers and arrangers of the time. Avant-garde and slo-funk-with scary fuzz and wah-wah guitars – collide on the track etamorfosi' and before you know it we are in the same vertigo generated by Gruppo D'improvvisazi one Nuova Consonanza.

Classical and lush orchestration are found all along while pounding rhythms are the main course for the original theme: a violin solo offers a dramatic view of the main score just before an aggressive guitar break enters the psych-o-rama. The movie directed by Elio Petri was a dramatic take on the main social issue of the early seventies, dealing with the heavy conditions of the working class. This is one of the most sought-after soundtracks of Morricone's experimental side, as you might know by the original tribute set by John Zorn for Big Gundown' in 1986 (»Metamorfosi« was then performed by a who's who cast of stars featuring Vernon Reid, Bob James and Diamanda Galas).