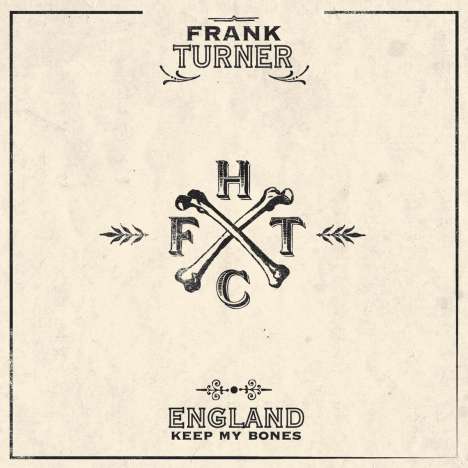 Recorded within the stunning confines of Church Studios at Crouch End, Frank, along with his band and producer Tristan Ivemy, has created an album steeped in the heart and soul of England. The record has a touching undercurrent of yearning, playing like a heartfelt homage to Turner's homeland, friends and family which he so often has to leave as he travels the world with his guitar.

With an acoustic guitar very much at its core, the album is noticeably more folky than the proceeding Poetry Of The Deed, and even features a traditional English style a cappella. With contributions from ex-Hold Steady keyboardist Franz Nicolay, folk singers Emily Barker and Chris T-T, and Unbelievable Truth's Andy Yorke, the songs address themes of mortality, relationships and religion in what proves to be an undeniably brave and beautiful album.

"I can't wait to get this record out there," Frank explains. "The new songs have been going down really well live, but I think that when people hear the studio versions they're going to go nuts. I really think it's the strongest set of material I've had on one record."

Frank Turner will be showcasing songs from England Keep My Bones as he takes to the road for a special solo tour in April. Playing intimate venues up and down the country, it will be an ideal chance to see Frank Turner up close and personal before he spends the summer stirring vast crowds at festival throughout the world. (epitaph.com)