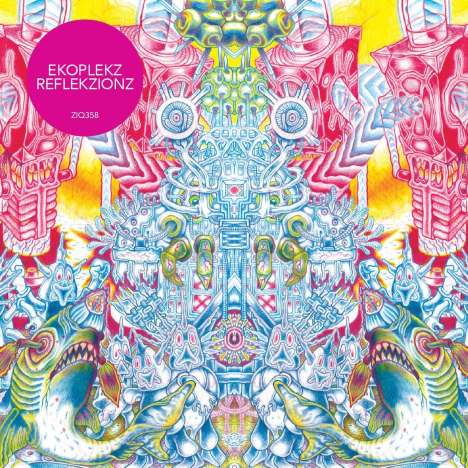 Whilst the murky four-track cassette sound and dirty analogue textures are still very much in place, keen ears might spot a subtle change in emphasis. There are less of the radiophonic sci-fi sounds, ancient drum machines and none of the post-punk bass or guitar. Instead, Nick Edwards mainly focuses on invoking a blurry, saturated false-memory of the leftfield electronica that was the soundtrack to his life in the early to mid-1990s. As the album title suggests, »Reflekzionz« is a record that unapologetically dwells on past experiences, like flicking through an old album of bleached-out photos from days gone by, and on tracks like »Downtone«, with its extended, unchanging groove and wash of muted, untethered synth melody, the aim is to invite the listener to join in a state of reverie. »Midnight Cliffs« and »Saturation (Full Rinse)« are unabashed homages to the artists who inspired Edwards, but always with enough production twists and turns to ensure the results are never simply a facsimile of the originals.