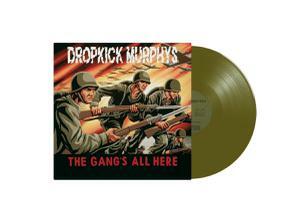 Dropkick Murphys
The Gang's All Here
CD
EUR 10,99*
»The Gang's All Here« is the second studio album released by American Celtic punk band the Dropkick Murphys in 1999. It is their first album with Al Barr. The album »[took] up the expected us-against-the-world pose«, its songwriting is of a higher standard than contemporary punk albums. A charmfully, mangled, punked-up »Amazing Grace« only adds to fun, wild ride »The Gang's All Here« guarantees. »10 Years of Service« was the album's first and only single and music video from the Album.