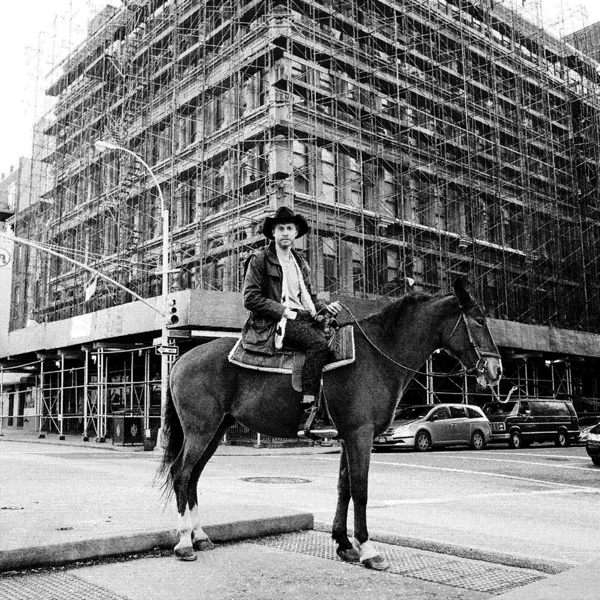 Drew Lustman leaves his Falty DL persona at the door and dons his Cowboy hat for a new alter ego – »The Crystal Cowboy« – his cleanest, most concise record to date. The eleven tracks here are a body of work that Drew put together quickly, free of the connotations and associations of his Falty DL moniker. Creating music in the small hours of the morning rejuvenated his sense of experimentation and freedom. Under this new name Drew found himself making the kind of music he would DJ with or play to friends without the pressure of the conceptual weighing him down. Like all great projects between Planet Mu and Mr. Lustman, these songs found themselves in Mike Paradinas' inbox with little fanfare, letting the music speak for itself. The album often uses the speed or tropes of hardcore and drum & bass, assembling tracks a bit like lego, but adding in Drew’s own almost opaque elements of sophisticated soul and funk to give the roughness some melodic light and emotional pull.The album opens with »Watch A Man Die« which relives memories of mid-nineties drum & bass, weaving delicate melodies and smooth strings into brisk latticed drums. »Time Machine« is a stab-heavy recall of hardcore, with reverbed animal calls giving the track a humid jungle feel. »Angel Flesh's« delicate looped soul voices blend into a gaseous haze over jazzy drums, while »Green Technique« layers intense beat and synth loops into a dark and disorienting vortex. »Wolves« is Drew's melodic take on dub techno building crunchy, rolling drums and shivery chords into one of the albums many highlights. Placed at the albums midpoint, »Hyena« takes a broken diva vocal and repeats it into an intense howl, leading into the title track whose carefully poised rhodes jazz chords and vocals are balanced against rough hardcore breaks and dense distorting bass which makes you feel like your bouncing on water. Drew takes things slower with »Onyx« which featuring the rapper Le1f’s first ever sung vocals, over xylophone and light raindrop rhythms. The album finishes on the pumping electro of »Sykle« whose itchy overexcited rhythms rub up against plaintive childlike piano and shimmering synths making it one of the album's most memorable highlights. »The Crystal Cowboy« asks the listener to lose themselves and any inhibitions they may have as he takes the time to hold your hand and lead you through his thrilling and immersive wonderland. Good night and good luck.