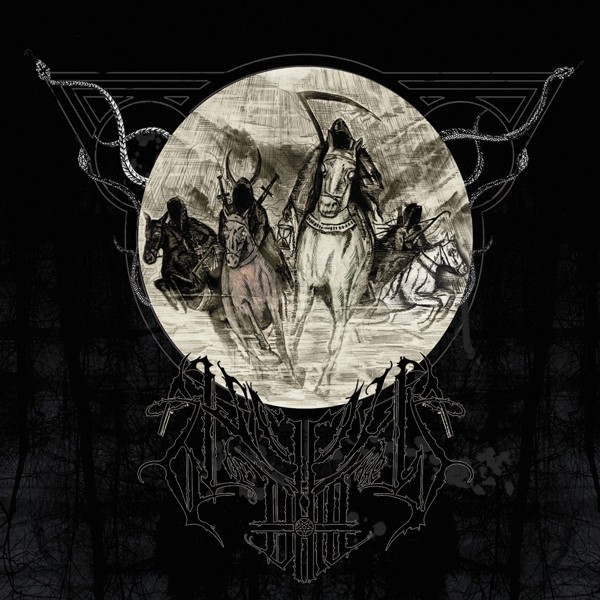 While the pioneers of second-wave black metal went expanding musical approaches from pure black metal to different variations of metal music, Finnish black metal duo DISCIPLES OF THE VOID wanted to create black metal the way it was back in the mid '90s.

In order to enter the black metal scene in the purest way possible, DISCIPLES OF THE VOID's founding members have chosen to remain nameless, thus leaving the image as a secondary thing and putting the music as their top priority.

Anonymity also supports their lyrical themes, which deal with nihilism, death, and emptiness.

Despite the anonymity, the session drums on Disciples of the Void were played by Trish Kolsvart - known from Urarv, Elände, and as a live member for Craft and Necrodelirium to name a few.

Together, DISCIPLES OF THE VOID whip forth a stargazing fury that literally sounds frozen in the mid '90s, before the scene started worrying whether a black metal band was too »symphonic« and such things.

Indeed does Disciples of the Void exhibit something of a symphonic aspect, but again one that is rooted in the rich traditionalism of second-wave black metal.

References to be made include the Norwegian vanguard of Obtained Enslavement, Covenant, and Troll as well as contemporaneous Finnish pillars like Darkwoods My Betrothed, Thy Serpent, and Tunrida.

Rounded out by a reverent cover of Bathory's epic »Home of the Once Brave« DISCIPLES OF THE VOID's self-titled proves that the past is alive - and it's more frozen in time than ever!