Der Plan: Save Your Software 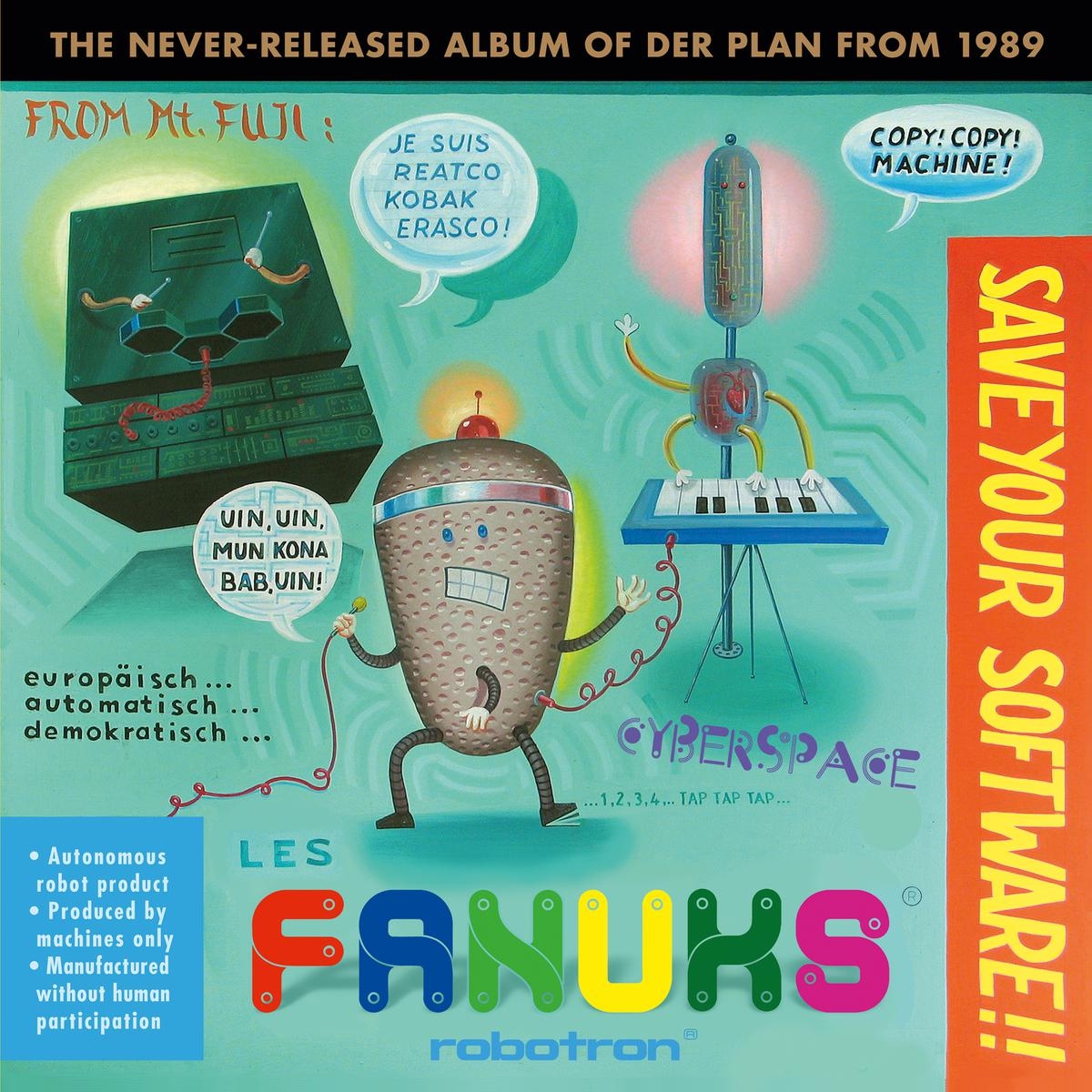 Weitere Ausgaben von Save Your Software

Shrouded in myth, "Save Your Software" is the long-lost album by Der Plan. Back in the mid-1980s, Moritz Reichelt, Kurt Dahlke (Pyrolator) and Frank Fenstermacher initiated the Fanuks project with the aim of making themselves immortal as Mensch-Maschinen or Man-Machines. "Fanuks" would produce music for all eternity, embarking on a never-ending world tour. Eternity would ultimately prove to be out of their reach due to various technical hurdles, but it is fair to say that Der Plan were always way ahead of their time. By the end of the decade, the Fanuks, or their respective human alter egos, had crafted six pieces.
These were only rediscovered in 2020 during a thorough inspection of the Ata Tak/ Der Plan archives. Reichelt, Dahlke and Fenstermacher augmented their six visionary masterpieces with three tracks based on compositions from the year 1989. Now it works at least a little with eternity, even if 'only' in the form of the legendary productions that have finally been made available to the public.