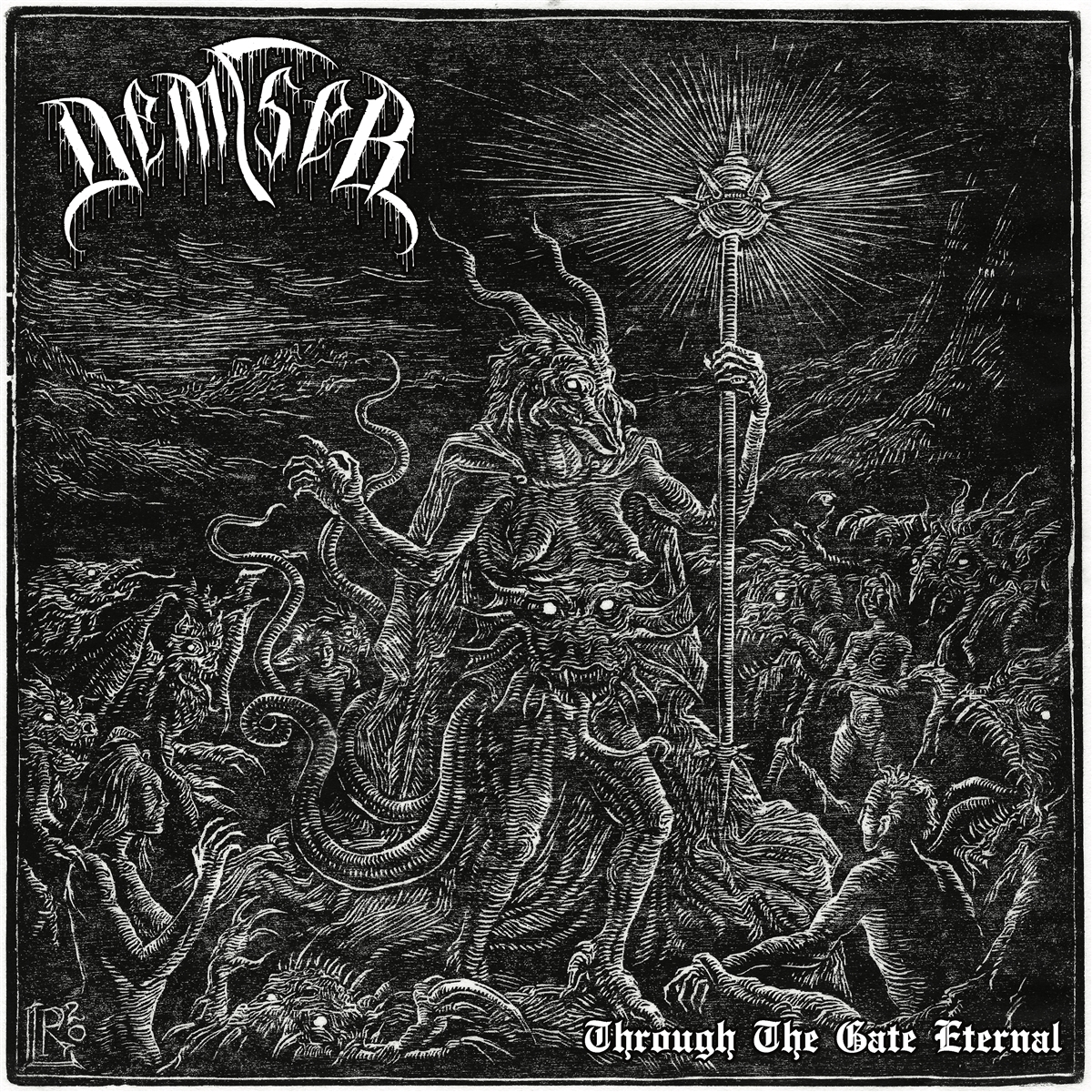 Blackened thrash, fueled by whiskey and speed, blasphemy, and desecration. Demiser is whiskey and speed fueled, demon-worshipping metal from hell. This blackened thrash horde have set out to be the most filthy, evil, satanic speed metal band in the United States. They released a pair of demos and then toured the East Coast, leaving a trail of debauchery and empty handles of bourbon in their wake. Afterwards, they took stock, fine-tuned the demo tracks, and penned new hymns to mayhem.

Their debut full-length, Through the Gate Eternal, draws on traditional European black thrash mixed with early Teutonic and American thrash. The goal was to forge something not traditionally seen in American bands these days - to capture the raw speed and power of European black and thrash metal while at the same time pummeling the listener with catchy riffs, rock'n'roll hooks, and the fastest solos they could conjure. With obvious nods to Aura Noir, Motorhead, Venom, and Destroyer 666, they draw on the essence and attitude of early proto-metal, all while enforcing the songs with evil lyrical overtones.

Through the Gate Eternal comprises 9 paeans of perniciousness, that will stoke the hellfire in your soul. Lyrics insert, for fans of Aura Noir, Bathory, Destroyer 666, Mercyful Fate, Motörhead, Venom