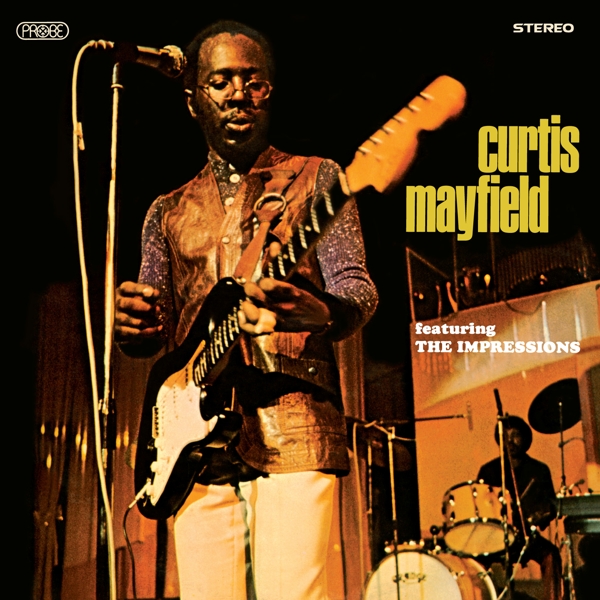 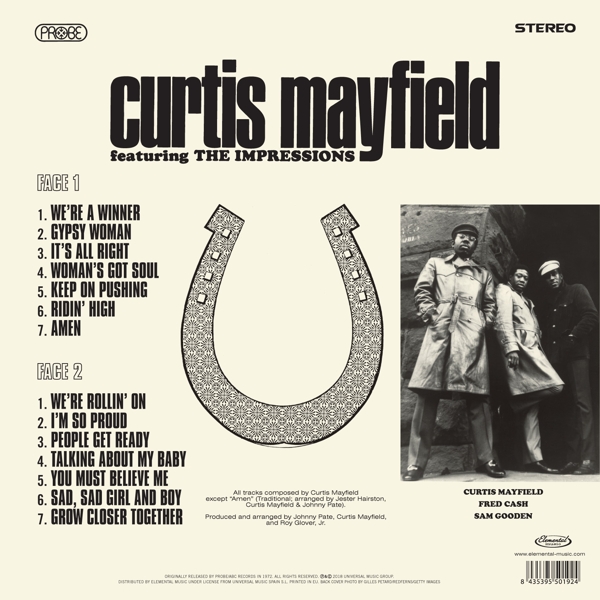 Curtis Mayfield was one of the greatest talents that soul music has ever produced. Sam Cooke may have been slightly before him, Otis Redding garnered greater headlines for his tragic demise and Marvin Gaye’s spiritualism may have reached out further. But Curtis, remains head and shoulders above them all. At his very best, he was a visionary in his writing, a genius in his singing, and masterful in his arranging.

This collection of songs pays tribute to this talent, capturing him with the group that brought him to the attention of the world: The Impressions. The ability to conflate the spiritual and the social was always Mayfield’s greatest strength. Some of the music on this album was the soundtrack to the African-American struggle in the 60s. Due to his use gospel-based melodies and religious metaphors, the American mainstream did not detect these songs as especially militant. The protest here is masked by sweetness and spirituality.

Songs like »People Get Ready« and »We’re A Winner« are remarkable historical documents, yet they have a universality that makes them long lasting. »Keep on Pushing« captured the mood of the moment for Black America in 1964 as the Civil Rights Act was passed into law by President Lyndon Johnson. The only non-Mayfield composition here, the gospel-roots »Amen« – from the Sidney Poiter film Lilies of the Field – was written by Jester Hairston. It is an incredible vocal performance by Curtis, creating a new gospel standard. Not to mention those superb, plaintive love songs, arranged with economy by the fourth impression: Johnny Pate.